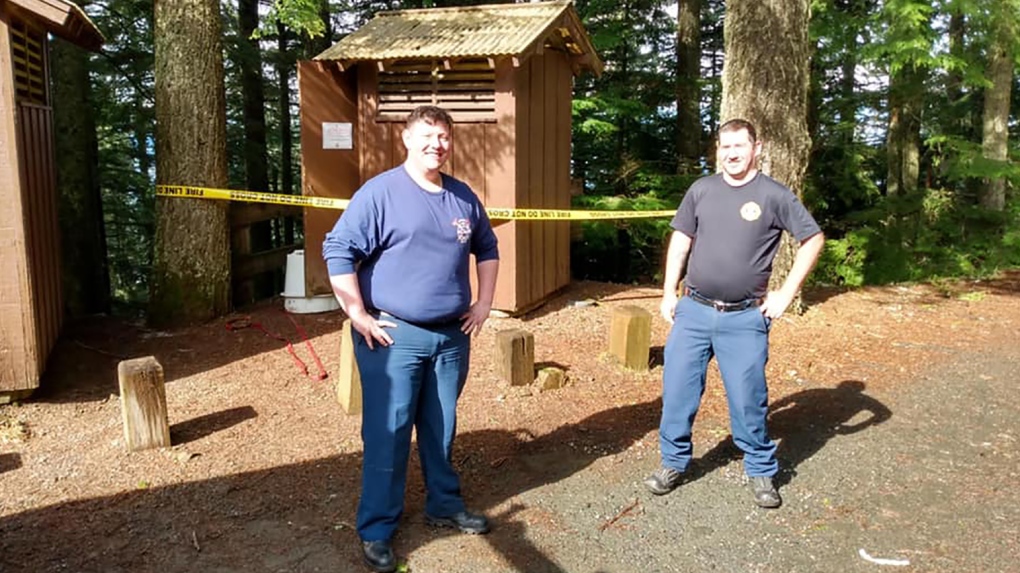 A woman falls in the toilet trying to retrieve her phone

A woman has been rescued by two fire crews after falling head-first into a vaulted toilet while trying to retrieve her cellphone at a park in the Olympic Peninsula, Washington.

The woman in her 40s was using an outhouse in Mount Walker, a popular destination for hikers, on April 19 when the accident happened, according to the Brinnon Fire Department.

A vaulted toilet is a waterless, non-flushing toilet typically placed at outdoor locations like campgrounds – so named because the toilet stores waste in an airtight underground vault.

After dropping her phone in the toilet, the woman dismantled the toilet seat and casing in an attempt to reach it, firefighters posted on Facebook. She used a dog leash to try and “fish it”, before using it to support herself as she tried to grab the phone.

But the attempt failed and she slipped into the toilet. Luckily, after 20 minutes inside the safe, she was able to find and use her phone to call 911.

Crews from the Brinnon Fire Department and Quilcene Fire Rescue attended the scene and got her to safety.

According to firefighters, the uninjured woman was washed and given a Tyvek suit to wear. But she refused any further medical treatment and continued on her way.

“The patient was extremely lucky not to be overwhelmed by toxic gases or sustain injury,” the department said.

Twitter and Elon Musk are in talks to strike a deal