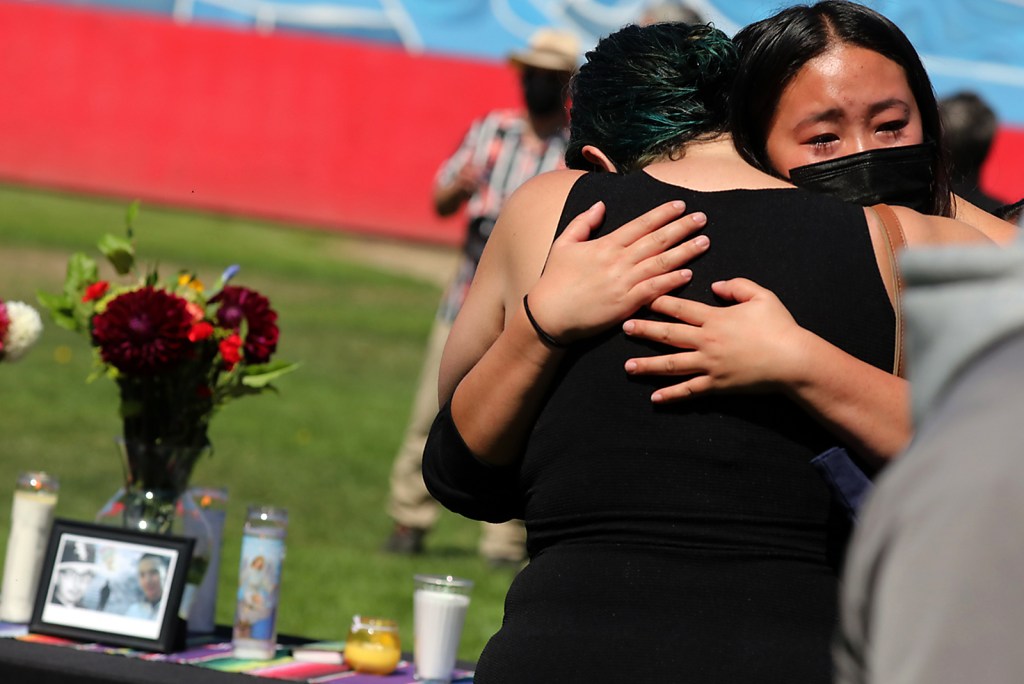 APTOS – Among at least a dozen homicide cases investigated in Santa Cruz County in 2021, the fatal stab at the campus of a 17-year-old Aptos High School student sparked intense conversations within the community and brought public attention to school safety issues.

A vigil is held on September 5 in Watsonville for the 17-year-old Aptos High School student who was fatally stabbed on campus (Shmuel Thaler – Santa Cruz Sentinel). The student, whose identity has not been made public but has been identified by family members as “Gerardo” was killed around 2:30 pm on August 31 in front of his school’s gymnasium. Two teenagers, then aged 14 and 17, were immediately arrested on suspicion of being involved in the homicide.

Due to the age of the defendants, the identity of the teenagers has not been made public and their case has been placed in closed-door juvenile proceedings. Both defendants have been described by law enforcement as gang members and face related charges, but only the younger of the two has been charged with murder. While courts are legally prohibited from treating a 14-year-old as an adult, the older of the two was eligible, at the discretion of a Santa Cruz County Superior Court judge, to face charges of ‘adults. The boy has been charged with two charges relating to assault and gang building, while the second alleged abuser, a 14-year-old boy, is charged with murder and gang building.

A civil wrongful death complaint was filed Dec. 28 against the Pajaro Valley Unified School District on behalf of Gerardo’s parents.

Shortly after Gerardo’s death, Santa Cruz County Sheriff Jim Hart began to shed light on the fact that leaders of Aptos High’s parent school district, the Pajaro Valley Unified School District, had voted to dissolve a long-standing school resources officer program more than a year earlier. The move, along with new mental health resources on campus, came months after the onset of the coronavirus pandemic and two months after the murder of George Floyd, linked to a Minneapolis Police Department officer, sparked a careful examination of law enforcement at the national level.

In September, Hart reported that at least four other physical altercations – including one involving one of the defendants – had occurred on campus in the few weeks since the start of school. He also reported issues with cell phone coverage in the area around the high school campus.

Driven in part by the tragedy, Santa Cruz County leaders recently began considering a proposal from AT&T to place a wireless communications tower one mile from campus, material that could be uploaded as soon as possible. the end of 2022.

Until the July 22, 2020 vote by the Pajaro Valley Unified School District Board of Directors, all three high schools in the district had employed officers from adjacent law enforcement agencies, including the sheriff’s office, as as school links on campus. In the aftermath of this year’s stabbing, district chiefs opted to back down and reinstate a deputy in the sheriff’s office as the school resources manager at Aptos High in October. Likewise, school resource officers from the Watsonville Police Department are expected to return to the Watsonville High School campus next year.

The current School Resource Officer program is treated as a one-year pilot project that will be re-evaluated after one year. Additionally, officers from Aptos and Watsonville High Schools are each matched with a mental health clinician for the first time. Pajaro Valley High, who is participating in a Student Success Project program that uses administrators to focus on preventing incidents on campus, was excluded from the pilot.

While the reinstatement of the School Resource Officers program was championed by Aptos High School parents and community members, the move drew opposing views from parents at Watsonville and Pajaro Valley High Schools at the special meeting of the board of directors of September 15 on the subject.

Clawed his way to late stardom Lee Kaufman dies at 99