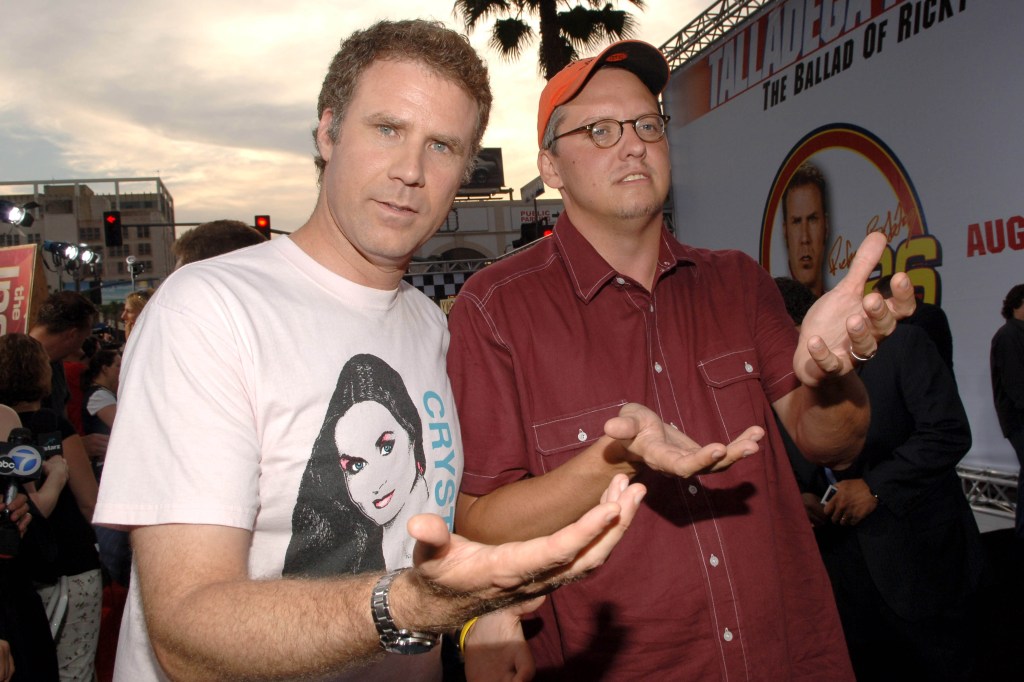 Adam McKay has spoken candidly about an “almost accident” involving his (now ex) friend Will Ferrell on the set of their 2013 comedy film, “Anchorman 2: The Legend Continues”.

The “Don’t Look Up” director, 53, told the Hollywood Reporter in a profile about his career and was asked about his thoughts on the untimely death of “Rust” cinematographer Halyna Hutchins in October. Hutchins was accidentally shot by Alec Baldwin on the set of the film using a propeller pistol.

McKay said tragedy was his “biggest fear as a producer and director,” then went into his own story of a “really scary” accident on the set of “Anchorman 2.”

“It was a scene where Ron Burgundy [played by Farrell] was going to hang himself. It was a silly joke, “said the filmmaker” Vice. “For half a second the rig didn’t work properly and there was real tension on the rope, but then it gave way and Will was going. good. Thank goodness nobody got hurt. We got sick for two days. We said, ‘All right, let’s stop. Let’s have a meeting.

He then described a separate incident on the set of the first movie “Anchorman” which used a live bear in a scene. McKay explained, â€œThe bear did a hint of bluff charge for a second. From that point on, I said, “I will never put a live animal in a shot with an actor again.” So every time I do it, it’s a composite shot because it’s not worth it.

McKay also recently revealed that he and Ferrell, 54, separated in 2019 in an interview with Vanity Fair. The two were longtime collaborators who created the comedy site Funny or Die and founded the company Gary Sanchez Productions.

â€œWe will always work together creatively and always be friends. And we recognize that we are fortunate enough to end this business as such,â€ they said in a statement at the time.

The couple discussed just before their split that they both wanted to dissolve their production company. When McKay decided to recast the role of former LA Lakers team owner Jerry Buss for an HBO series, that’s when Ferrell got a little offended. The “Step Brothers” screenwriter decided to hire John C. Reilly, Ferrell’s frequent co-star in the role.

â€œThe truth is, the way the show was always going to be done is hyperrealistic. And Ferrell just doesn’t look like Jerry Buss, and he’s not that vibe of a Jerry Buss. And there were people involved who were like, “We love Ferrell, he’s a genius, but we can’t see him do it.” It was a bit of a difficult discussion, â€McKay told point of sale.

McKay added that he had not spoken to the “Holmes & Watson” actor since the phone call in which they decided to go their separate ways.

Here’s what to watch out for in China, says shortselling activist