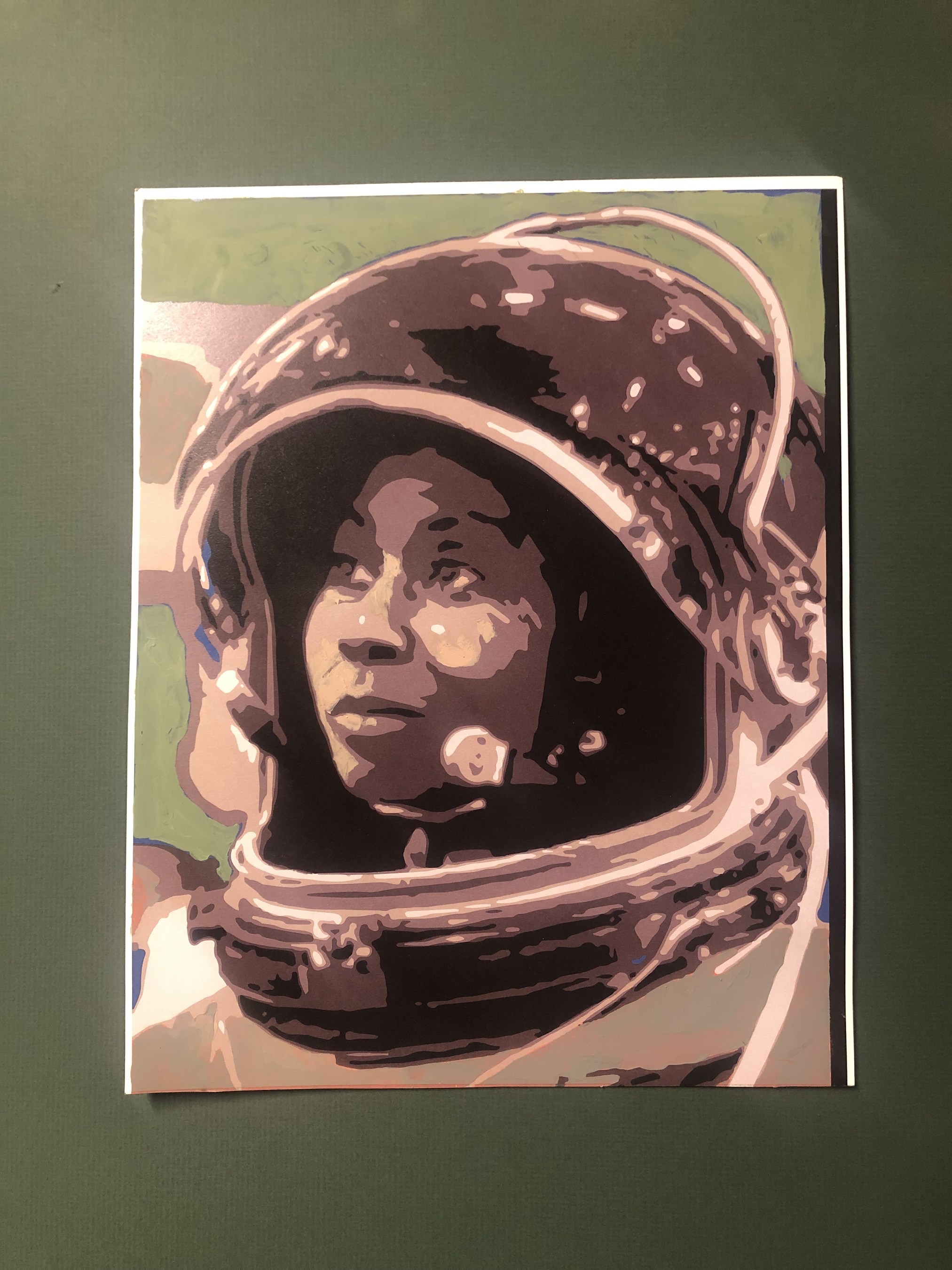 Aim higher for women in space

Of October 11-22, an Earthwork portrait featuring an active NASA astronaut Stephanie Wilson will be displayed as an eco-friendly work of art in the city center Atlanta at Woodruff Park. Wilson’s 42 days in space and his three trips to space are the largest number of African-American female astronauts. The intention of Earthwork is to inspire women and girls, and especially people of color, to â€œaim higherâ€ as they pursue their dreams.

As part of the Aim Higher project leading up to the unveiling of Earthwork, there will be a daily series of World Space Week webinars from October 4-8 hosted by the Georgia Space Grant Consortium, followed by a free outdoor and family-friendly STEAM event titled Space Day Atlanta at the Georgia Tech Campus on saturday 9 october.

The earthworks will be framed by approximately 1,500 space art tiles created by students from fourteen Atlanta Public schools and children from three children’s health facilities in Atlanta hospitals. Earthwork satellite images will be captured from low Earth orbit by Satellogic, a company specializing in Earth observation satellites.

Former NASA astronauts Nicole stott and Susan kilrain (the second woman to pilot the space shuttle and a Georgia Tech alum), along with Inspiration 4 mission pilot astronaut Dr. Sian Proctor, will be on hand at Woodruff Park to speak about the importance of representation in inspiring more women, girls and people of color to pursue careers in space and technology. Stephanie Wilson will participate virtually with a video reception of the quarantine at the Kennedy Space Center, where she will support as a rescue team for the upcoming NASA International Space Station mission (Crew 3). NASA Deputy Administrator Pam melroy will also participate with a video reception.

â€œThe opportunity to look at things from new perspectives opens us to the awe and wonder that surrounds us every day, and has the power to inspire us to dream big,â€ the astronaut said. Nicole stott. â€œFor me personally, and on behalf of the Space for Art Foundation, we are delighted to participate in the Aim Higher events at Atlanta for World Space Week and International Day of the Girl. The central Earthwork artwork definitely opens up new perspectives. This will allow us to gaze down at Earth from above at the portrait of an inspiring Earthman and astronaut, zoom in on the colorful tile frame created by children in hospitals and schools who share their dreams of space through their works of art, and to remember we must always look up and aim higher. “

“I have worked closely with astronauts for 13 years and I am often asked if there ever was a black astronaut,” says Christina korp, the president of Purpose Entertainment. “My friend Larry Kellam, a Atlanta Native asked me if I could help make space cool for little black kids because he sees the potential for them to pursue successful careers in space and technology. The best way I know of to inspire kids is to show them what’s possible. Stephanie Wilson is a real person and living proof that dreams can come true. No one has to settle. Anyone can aim higher for their own dreams. “

The Aim Higher program is made possible by sponsors who understand the importance of educating and inspiring students to do more. â€œAUI makes scientific breakthroughs possible, and a diverse STEM workforce is integral to this mission,â€ said Dr. Tim spuck, Director of Education and Public Engagement. “Astronaut Stephanie Wilson is an exemplary figure and an inspiration to young girls around the world. AUI is delighted to be associated with this event honoring a true American space hero.”

SOURCE Space for a better world