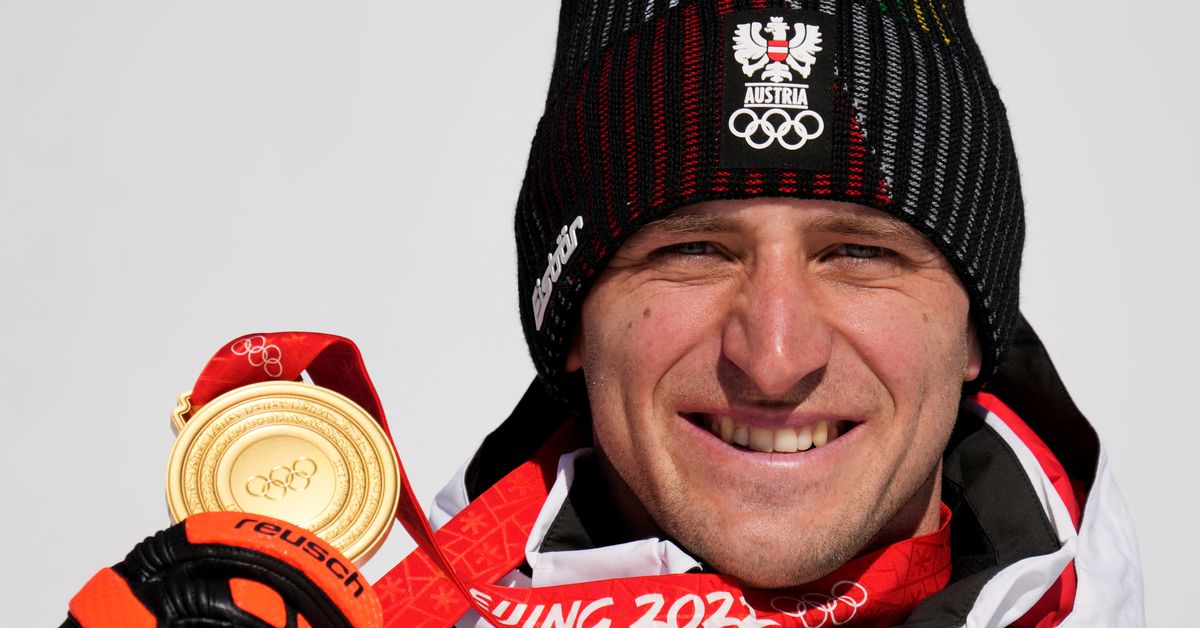 Mayer won gold in the super-G, having been on the podium in the downhill at the Sochi 2014 Games and in the super-G at Pyeongchang 2018, while other favorites such as Swiss duo Beat Feuz and Marco Odermatt n did not complete the course.

His achievement drew praise from his fellow competitors who praised his ability to give his best on the big occasion.

“It’s amazing. To make this happen on the days when it matters the most. I’m a bit at a loss for words,” said 36-year-old Norwegian Kjetil Jansrud.

“He’s been dominating for so many years, but he’s also one of the few who really rises to the big occasion,” he said.

This was echoed by German Josef Ferstl, describing Mayer as a phenomenon. “It’s something to be jealous of,” he said.

“Being so close to him is something special…I wouldn’t want it any other way,” he said.

Mayer’s Austrian teammates Raphael Haaser and Max Franz had only one word for his outstanding performance.

“It’s crazy how he still manages to do it with that degree of precision,” Haaser said.

Asked what it was like to have a great skier like Mayer on the team, Austrian Vincent Kriechmayr, who finished fifth, said it was always good to have a top athlete in competition with you.

“You end up pushing each other forward. A good teammate is way more important than any coach,” he explained.

Mayer’s performance over three Games is unmatched in men’s races, but Italy’s Deborah Compagnoni won Olympic gold in the women’s super-G in 1992 and giant slalom in 1994 and 1998.

The Austrian recalled how he couldn’t believe he was competing against greats like Bode Miller and Aksel Lund Svindal at the 2014 Games, thinking of how much he could learn from them.

“Now I’m at the point where I get such questions about how young skiers look at me, and it’s a nice feeling,” he said, proudly wearing his gold medal.

Canadian James Crawford, 24, who finished sixth, said he felt privileged to be in such good company.

“It’s amazing to be able to ski with them. They’re the guys who inspired me growing up to ski,” he said.

“It got me to where I am today and to be able to take on these guys is surreal.”

When asked if he’s said that to his idols, he added with a laugh, “I don’t have to tell them that, it’s a bit of an ego boost.”

He wasn’t the only young skier caught between admiring their childhood heroes and wanting to beat them.

“I don’t want to make these guys look old, but I grew up watching Mayer, I grew up watching Travis (Ganong) and Bryce (Bennett),” said American River Radamus, 23. years, in reference to his teammates who finished 12th and 17th respectively.

“But I want more, I want to be able to compete with them and hopefully beat them one day too.”