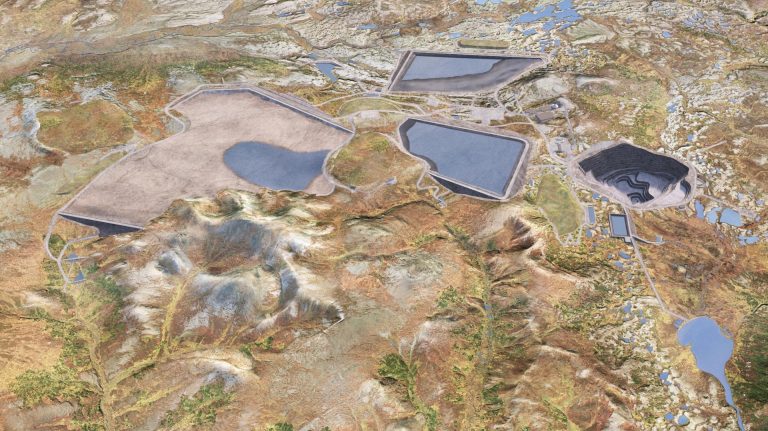 At the end of May, the United States Environmental Protection Agency announced that it wanted to veto the development of the Pebble mine, a vast deposit of copper and gold upstream from Bristol Bay.

The proposal is a step towards permanently blocking the development of the proposed open pit mine in the Bristol Bay watershed. Mine opponents have been calling for a veto for more than a decade.

The EPA said development of the Pebble deposit would result in unacceptable loss of salmon habitat, both on site and further downstream. Using its authority under the Clean Water Act, the agency is proposing to prohibit the dumping of mining materials into the waters and wetlands of the Pebble site. This could make it impossible to extract minerals from the deposit.

United Tribes of Bristol Bay executive director Alannah Hurley opposes the mine and said the EPA’s decision is a step in the right direction.

“Today is a very big day for Bristol Bay – for us to get back on track in this process, and for the Biden administration to commit to finishing the job of stopping Pebble Mine once and for all, c is very exciting,” she said. ” But we are not there yet. We absolutely have to go through the rest of this process.

She said her organization will carefully read the EPA’s proposal, which she has released for public review.

The mine would result in the loss of nearly 100 miles of riverine habitat, 8.5 miles of salmon habitat, and 2,113 acres of wetlands and waters at the mine site, the EPA notes, as drawing inspiration from the mine plan.

If finalized, the EPA’s decision would prohibit digging and dumping materials in the area delineated in Pebble’s 2020 mine proposal. It could kill the project. The EPA also wants to restrict the use of the waters as disposal sites for any future mine proposals this large or larger.

The EPA has used its “veto” power under Section 404(c) of the Clean Water Act only 13 times in the law’s 50-year history. It allows the agency to cancel projects that would significantly damage habitat or recreational areas.

Hurley said she hopes the EPA proposal will ban the mine forever, but she’s been here before. The Obama administration has also offered to veto the mine. That was in 2014, three years before Pebble submitted its proposal.

“As many will recall, these were held up in court,” Hurley said. “And when the federal administration changed [with the election of Donald Trump]they were eventually withdrawn.

Meanwhile, the US Army Corps of Engineers denied Pebble a federal permit in 2020. The company that wants to build the mine, Pebble Limited Partnership, appealed the decision.

Pebble, for his part, called the EPA’s proposal a step backward not only for the mine, but also for President Biden’s climate goals. Minerals like copper are used to make batteries and in other renewable energy technologies. Pebble said the administration should not hamper domestic production.

Pebble spokesman Mike Heatwole said the company will take a close look at the EPA’s proposal to see what areas it imposes restrictions on.

“Reading between the lines on the EPA’s action here — that’s over 400 square miles of Alaska state land that the federal government is proposing to take off the table,” Heatwole said. “There are just a lot of details in what the EPA is proposing that really need to be looked at to find out how this is all going to work.”

Heatwole said the company will review how the EPA incorporates environmental findings from the US Army Corps of Engineers.

“Which is very clear in terms of both non-impact on the fishery and on water resources,” he said.

The company has always argued that the mine would bring jobs and wealth to the area without significantly harming the Bristol Bay fishery.

The scope of the EPA proposal only extends to the release of materials associated with the Pebble deposit. Although Pebble is the largest mining claim in the region, it is not the only one.

Hurley, with the United Tribes of Bristol Bay, said tribes and mining opponents across the region and nation want broader protection for the area.

“How can we be sure that our future generations will not fight this type of proposal in 20 years? ” she says. “This includes finalizing this EPA process to protect what we hope will be all of the springs in our area near the Pebble mine site.”

Public hearings on the EPA proposal will be held in June. The EPA will also accept written comments until July 5.