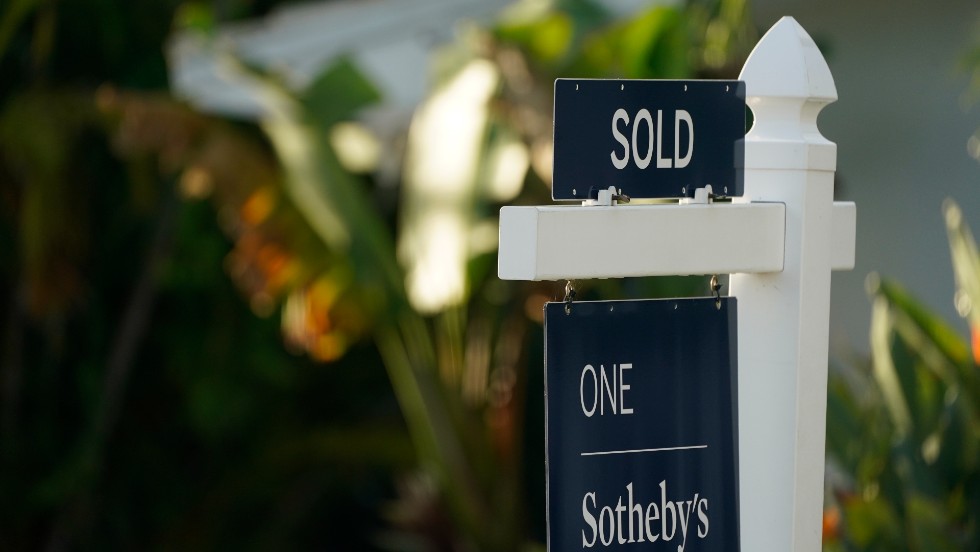 In a housing market where mortgage rates are reaching 5% and real estate investment companies seek to profit from soaring rental prices, home ownership is becoming increasingly difficult for black Americans, who are long been confronted with discriminatory practices.

The “housing gap” between home ownership among white and black households in the United States is “about as wide as it’s ever been,” said Mike Fratantoni, an economist with the Mortgage Bankers Association trade group, in an interview.

“There are many reasons for this,” he added, “but the main one is the level of household wealth, which is really a huge sinkhole right now. Whether it’s providing the down payment or keeping the payments sustainable, we find there’s a downside.

According to data from the National Association of Realtors (NAR), the overall homeownership rate in the United States reached 65% in 2020, up a record 1.3 points from 2019 with 2.6 million. new owner households. But the black American homeownership rate of 43.4% is actually lower than it was a decade ago.

“Housing affordability and low inventory have made it harder for all buyers to access homeownership, but even more so for black Americans,” wrote Jessica Lautz, vice president of demographics and behavioral insights. NAR, in a statement.

Conversely, home ownership for White Americans is 72%, while it is 62% for Asian Americans and 51% for Hispanic Americans. All three demographic groups hit decade-long highs in homeownership in 2020, with the rate of Hispanic Americans setting a record and surpassing 50% for the first time.

In New York, from 2002 to 2017, black homeownership households shrank by more than 13%, with black buyers paying nearly $7,000 more in closing costs than white buyers, according to analysis funded by JP Morgan Chase .

“Because of the racial wealth gap, black home buyers also have lower down payments, on average, when buying,” the company said in a report. “That, combined with higher closing costs, means Black home buyers are starting to own with considerably fewer financial assets than owners of other races.”

Interest rates of 5%, representing a 10-year high, on the popular 30-year fixed-rate mortgage are just the latest hurdle for potential black buyers.

Over the past year, low housing inventories and booming demand amid the pandemic recovery have drawn institutional investors into the market, who are often in a position to sell single-family homes.

Real estate investors bought a record 18.4% of homes sold in the United States during the last quarter of 2021, compared to 12.6% the previous year, according to data from the listed real estate brokerage Redfin. .

The company estimated that more than 75% of all homes purchased by investors in the fourth quarter of 2021 were paid for in cash upfront, which real estate experts say may be more attractive to home sellers than long-term mortgages.

“While record house prices are problematic for individual buyers, they are one of the reasons investor demand is stronger than ever,” the Redfin economist said. Sheharyar Bokhari written in a press release. “Investors are looking for higher prices because rents are also skyrocketing, prompting investors who plan to rent the homes they buy. supply shortage is also an advantage for landlords, as many people who cannot find a home to buy are forced to rent instead. Additionally, investors who “flip” homes see the potential to make a big profit as home prices soar.

Investor market share tends to be highest in specific metropolitan areas, with the highest concentrations in Atlanta, Charlotte, and Jacksonville, Florida.

In Florida, where many retirement homes and second properties enjoy pleasant year-round weather, real estate professionals say the preference for cash payments can be particularly disadvantageous for Black Americans.

“Over the last housing cycle, during the bubble, all the evidence I’ve seen has shown that African Americans have been hit hard due to the loss of value in their homes, and they’ve been hit disproportionately by foreclosures,” Florida Realtors business group economist Brad O’Connor said in a phone interview. “If you have an affordability problem right now, it’s hard to compete with cash buyers.”

High prices and rates are translating into lower home sales both in Florida and across the country.

A nationwide Mortgage Bankers Association (MBA) survey shows ‘lower than expected buying activity’ for this time of year, matching the 7.5% drop in closing sales for March seen by O ‘Connor in Florida.

“As the inventory of homes for sale remains low and home price appreciation is high, rising mortgage rates have begun to have a more significant impact on affordability,” concluded a recent MBA assessment. . The MBA’s 2023 financial forecast shows interest rates will continue to hover around 5% for most of the year.

Real estate experts say black Americans face systemic issues that have prevented homeownership in the past, including a lack of intergenerational wealth that can be used to make lump sum down payments, unfair credit scoring administered and a preponderance of debt.

They also point to a failure to recover from the 2008 housing crisis, which disproportionately affected black communities and other communities of color.

As for policy fixes to help homebuyers in the current market, Mike Fratantoni of the Mortgage Bankers Association says policymakers could provide relief on both the supply and demand side of the market, with added incentives for builders to build more units and reduced mortgages. course fee insurance premiums for buyers.

“We need to recognize that the homeownership rate for people of color is lower today than it was over 50 years ago, before the passage of the Fair Housing Act,” said Maureen Yap , an attorney at the National Fair Housing Alliance (NFHA). months during a campaign against redlining, a term that refers to the bureaucratic process of denying minority groups access to credit and other financial benefits.

“Redlining prevents communities of color from having equitable access to credit and is a major driver of the homeownership gap,” she added. “It will take coordinated and concerted efforts to reverse centuries of discrimination in financial services, including the delineation of communities of color.”

Something Beautiful Awaits You: A Conversation with Kahlil Robert Irving | Magazine