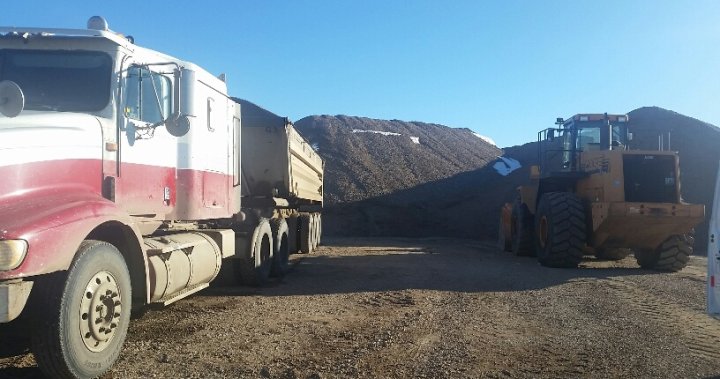 A cell phone consultant testified that Greg Fertuck’s device accessed a cell phone tower near the gravel pit where Sheree Fertuck’s semi-truck and other items were found.

At 1:20 p.m. on December 7, 2015, a call involving Greg Fertuck’s phone rang from a tower east of the gravel pit, known as the Farrerdale Tower. He did not access the Kenaston Tower located in the town about 85 kilometers south of Saskatoon and just west of the farm where Sheree was last seen walking away to haul gravel .

Any call, text, or data usage on a phone requires a connection with a tower.

Earlier in the day on December 7, cell phone pings placed Greg Fertuck in an area near his home in the Holiday Park neighborhood of Saskatoon. Later that morning, her phone accessed a tower on Millar Avenue. The court heard he was going to a physiotherapy appointment in the north of the city at the time.

Funk testified as an expert capable of interpreting and analyzing information from cell phones and cell phone towers, including cell phone tracking and location.

However, obstacles such as mountains, buildings, or dense brush can cause a phone to connect to a more distant but unobstructed tower.

Because the gravel pit is closer to Farrerdale Tower than to Kenaston Tower, the Crown suggested that the ping place the accused in the gravel pit area around the time Sheree was last seen by her. family.

The tracking method used by Funk does not provide the exact location of a phone. With cellular towers emitting a 360 degree signal, the transmission is broken down into three 120 degree sectors. A phone can then be placed in one of three sectors, according to Funk.

During cross-examination by defense attorney Mike Nolin, Funk said he was unaware of a power outage in the Kenaston area on the evening of December 6, 2015, continuing into the morning of December 7.

Cell phone towers come with battery backups in the event of a power failure, Funk said.

During an interrogation in October 2017, Greg Fertuck changed his story about where he was when Sheree went missing. He initially denied being at the pit that day, but later told police he went there to get gravel to put in his backyard in Saskatoon.

The police statement was the subject of a voir dire to determine its admissibility. Judge Richard Danyliuk has not ruled on whether to admit it or not. The voir dire of the statement took place as part of a larger admissibility hearing for all of the Crown’s evidence in the case.

Greg Fertuck threatened to shoot Sheree Fertuck “in the eye”: his son

Greg Fertuck was released without charge in October 2017. Saskatchewan RCMP laid charges in June 2019 after an undercover operation known as Mr. Big sting. He pleaded guilty to first degree murder and contempt of body.

Sheree’s remains have never been found.

1:29
How Greg Fertuck went from suspect to Mr. Big subject in the Sheree Fertuck case