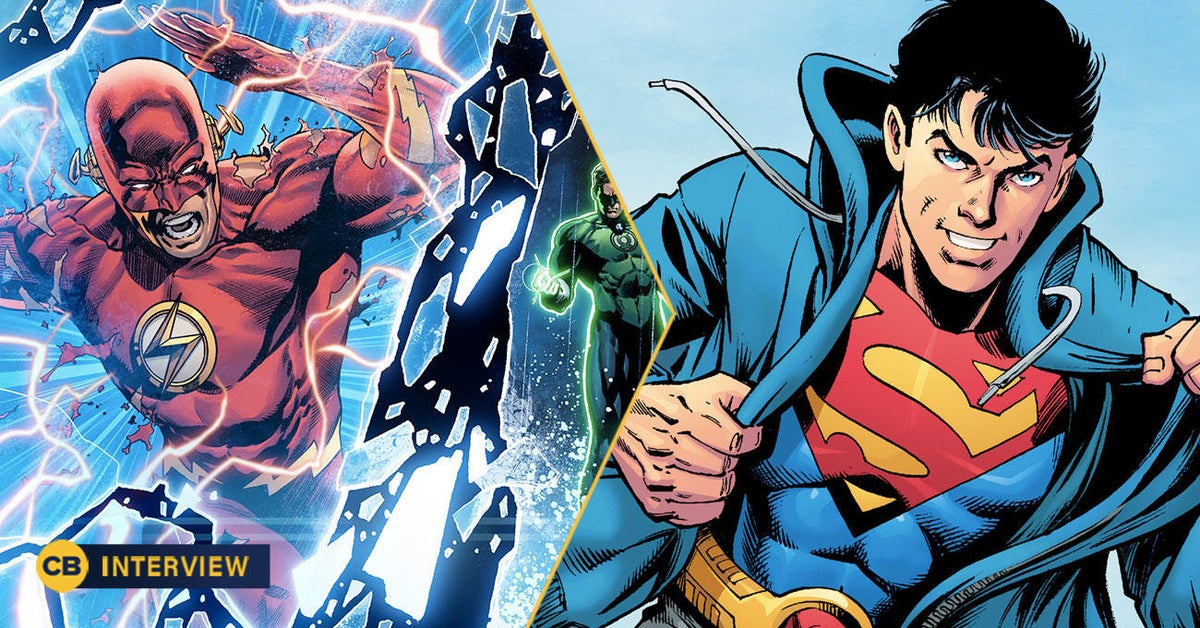 The Dark Crisis is upon us and the world is now left without its most iconic Justice League heroes. Everyone is still trying to catch up and come to terms with what they’ve lost, but they don’t have much time to grieve, as Pariah’s dark army is on the move and ready to set foot on the scene. neck of our world. That’s where we find ourselves in Justice League: Road to Dark Crisis #1, which follows several of DC’s remaining heroes, each dealing with the crisis in their own way and attempting to fill the void left by the League. I had the chance to speak to Joshua Williamson, writer of Road to Dark Crisis and Dark Crisis, about the matter, including how the heroes deal with the death of the League, what really lies behind the Pariah War, and more.

The issue kicks off with a great story of Nightwing and Superman (Jonathan), and Death of Superman fans are sure to find some great nods to that story and era in the issue. “Yeah, man, that was one of the things that was really cool about working on that story, that was obviously working with Dan, but it was starting to make him revisit that,” Williamson said. “It was really funny talking to him on the phone about that scene and saying, ‘Which one do you want to do?’ And back and forth. And then he called me, and he was like, ‘Yo, should Nightwing have the ponytail?’ because he had the ponytail when it happened. And I was like, ‘God, he’s got the ponytail. Give him the ponytail.’ He was like, ‘Well, some people don’t like the ponytail.’ And I’m like, “Hey man, listen. Continuity matters. He had a ponytail. We leave the ponytail.”

“I always remember that scene in Nightwing when Scott McDaniel had it…He fights a ninja and the ponytail got cut in the middle of the fight, and that’s how they got rid of it But yeah, working with Dan Jurgens was really cool, and it was my dream to work with him,” Williamson said. “When we started, when we knew we were going to do a story about John and Nightwing talking about death. I was like, ‘This must be Dan Jurgens, this must be Dan Jurgens’. So I’m with my editor in chief, and I was like, ‘Hey, can we have Dan Jurgens? He was like, ‘Damn yeah, we can make this happen.’ So I was able to talk to Dan Jurgens on the phone. We talked about the whole story. I was like, ‘Look, that’s what I think. That’s what I have to do. That’s the theme of this one. And then Dan just knocked it out of the park. It was an awesome experience.”

One of the overriding themes throughout the issue is how the heroes of the DC Universe deal with League death differently, and we get a front row seat to two very unique approaches when Superman and Nightwing team up. . Nightwing has seen so many die and then come back, so this is truly a first experience for Jon.

“Yeah. That’s what I was looking for. When we started putting this stuff together a long time ago and I was writing, first I wrote Dark Crisis #1, then I wrote Justice League #75 , and then I wrote this. And so, I was able to kind of reverse-engineer a few pieces. But because of that, very early on, I was like, ‘I’m really curious how people are going to react to this story.” So even the idea, when we announced that the Justice League, how people are going to react? And I thought to myself, “Some people are not going to believe it. And some people are going to believe it.” And that’s even been my experience ever since. I have people, even when 75 came out, there are people who were like, ‘Oh, death doesn’t make sense. It doesn’t mean anything. “And then I have people who are super pissed off,” Williamson said.

“So by being able to see that experience, we knew we were going. I knew that, and even writing that Road To stuff, I wrote that particular chapter before announcing it. And so, I knew that ‘going into this thing, I’m like, ‘Oh, there’s going to be different reactions to this.’ And that was part of my motivation, let’s show that. If we know that, if we know that people are going to have different reactions to the idea of ​​death in the DCU, let’s show that through the characters,” Williamson said. . “Let’s use two characters, one who has a lot of experience with this, and one who doesn’t. And that’s Jon and Nightwing. So that was a big part of my motivation for putting this story together was to show those different points of view that I knew readers and fans were going to have.”

We also see current events through the eyes of Wally West, and between this issue and what’s happening in the Nightwing solo series, it’s really wonderful to see Wally become Wally.

“Being Wally, man. We did a retail meeting. I also talked about it at the time, but I feel very lucky that whoever follows me on Flash can do a Wally book, something that I always wanted to do,” Williamson mentioned. “I always wanted to write Wally and Flash and it never worked out. So the idea that now it’s about Flash, it’s about Wally, and it’s written by Jeremy who understands really and really having fun with this book. I think that stuff is really essential. So, yeah, I’m really excited about that too.

If you’re a fan of DC’s extensive roster of characters, you’ll be pleased to know that Road to Dark Crisis takes advantage of that roster, bringing in some surprising faces as opposed to the regular crew. While Nightwing, Hal Jordan and more are of course in the mix, we also have welcome screen time for characters like Nocturna and Spoiler.

“I agree. Yeah, that’s one of the things that was a big part of Dark Crisis for me is that it felt like I saw those stories from those perspectives” , Williamson said. “Let’s look at them from different angles. That’s a big part of it. I saw the big summer event through the eyes of the Justice League, and don’t get me wrong, Justice League is important to the story, but I’ve seen it. So I want to see it from different people, and that’s where Nocturna and Spoiler came from. That’s where the Wally and Wallace stuff came from, and I’m obviously we’ve seen some But a big part of this story is Wally talking about how Wallace reacts to things, and so I just wanted to show different points of view, and that’s going to be a big part of Crisis as well as you can see different points of view that you are not used to seeing.”

The issue also provides a much clearer picture of what’s driving Pariah over the edge in this all-out war he’s waging, but while there are answers here, Williamson teases that all may not be as it seems.

“Yeah, there’s a couple tricks to that that we’ll get to later because you kind of have to start evaluating like is that darkness, or is that in Pariah’s head and how much of that is real and not ?And those are things that we play with as we go through Dark Crisis,” Williamson said. “But yeah, I wanted to show the motivation for Pariah and kind of tease some of that stuff, and that’s what I had talked about with Philip Kennedy Johnson was, ‘These are the parts I need for Pariah. ‘ And I knew he would get it, and he knocked it out of the park. He really did a really good job of showing you who Pariah was, in an emotional way, not just a history lesson. that part of me was like, “I’m going to give a history lesson. And I was like, ‘No, no. Let’s talk about this character’s emotions a little bit.’ And that’s what Philip brought to the table,” Williamson said.

Justice League: Road to Dark Crisis #1 hits comic shops May 31, and you can find even more Dark Crisis and DC Comics coverage on our ComicBook Nation podcast, which streams live on Twitch every Friday. at 11 a.m. CST. You can also watch full episodes on Apple Podcasts and Spotify.

Are you excited for Dark Crisis? Let us know in the comments or, as always, you can talk all things comics with me on Twitter @MattAguilarCB!

Where can I find information on access to abortion