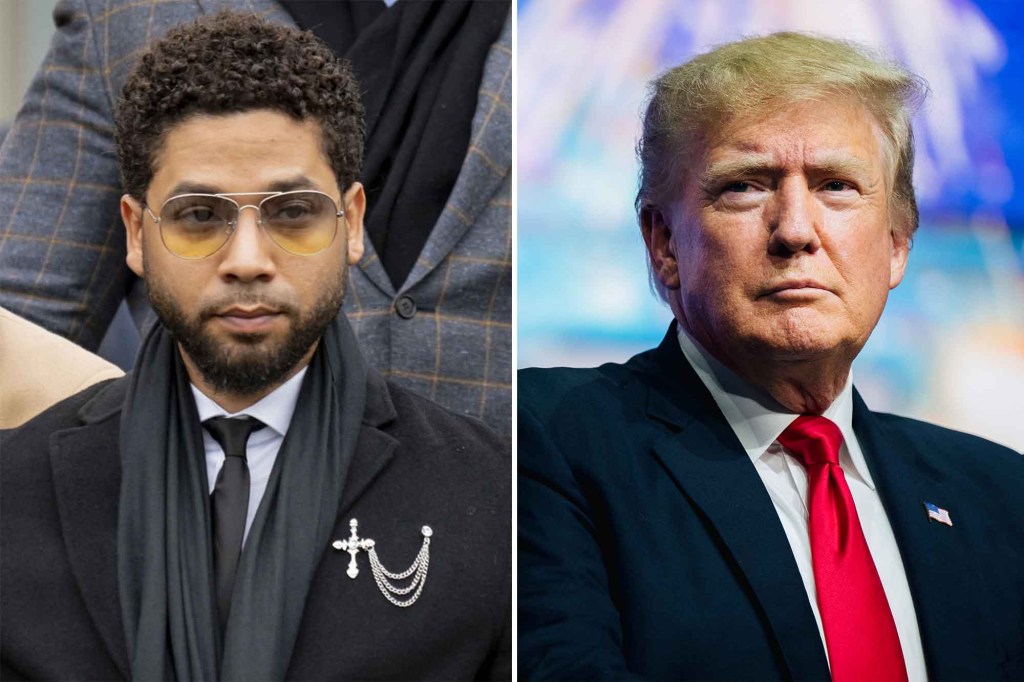 Former President Donald Trump called Jussie Smollett’s fake police report that he was attacked by Trump supporters “a hate crime in reverse” in response to the disgraced star’s guilty verdict this week of “Empire”.

“It really is a hate crime. Kind of a hate crime in reverse. And he’s not going to get away with it,” Trump said in a phone interview with Laura Ingraham of Fox News on Friday night.

“If he was a Republican, if he was on the other side, he would be in jail for 25 years for hate crimes for what he did and for what he said,” he said at one point.

Smollett claimed that two men wearing “Make America Great Again” hats beat him, tied a noose around his neck and sprayed him with bleach.

Smollett, 39, who spoke up for himself at the trial, now faces up to three years in prison. Smollett’s lead defense attorney Nenye Uche said the actor plans to appeal the conviction.

Smollett told the cops he was attacked in the early morning of January 29, 2019 by two white men who shouted racist and homophobic insults and told him “This is MAGA country!” As he went out to get a sandwich.

Prosecutors said Smollet organized a bogus hate crime in order to increase his salary at the TV station, paying $ 3,500 to two brothers he was friends with – Abimbola and Olabinjo Osundairo – to help with the hoax.

“It was absolute crook job and he was the crook and he wanted to try to get sympathy so that he could renew his contract for his ridiculous TV series and it didn’t work out very well,” Trump said.