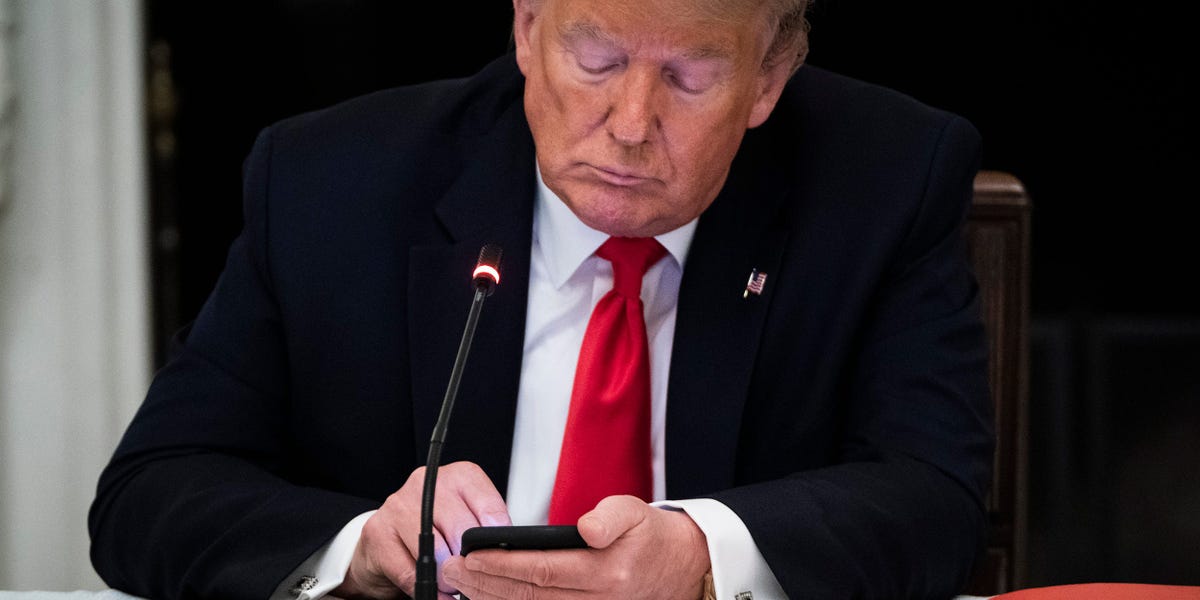 “I would reverse the permaban,” Musk said during a live interview with the Financial Times Tuesday afternoon. “We shouldn’t have permabans.”

Additionally, he called Twitter’s initial decision to ban Trump in January 2021, “a morally wrong decision, to be clear, and stupid in the extreme.”

At the time, Twitter banned Trump’s account “due to the risk of further incitement to violence”, following the attempted insurrection at the US Capitol on January 6, 2021.

“I think permabans fundamentally undermine trust in Twitter as a public place where everyone can voice their opinion,” he said. “If there are any tweets that are false and bad, those should be deleted or made invisible, and a temporary suspension is appropriate. But not a permanent ban.”

The ban did not serve to “end Trump’s voice”, he said. “It amplified it among the right. And that’s why it’s morally wrong and downright stupid.”

Musk has repeatedly referred to Twitter as the “de facto public square” of the modern age – the digital equivalent of a public forum. To that end, he criticized Twitter’s decision to permanently ban Trump from the site several times before.

Even if Trump’s account were reinstated, it’s unclear if Trump would return. He has repeatedly said he won’t and instead sticks to the social media service he started after leaving office, Truth Social.

Do you have any advice? Contact Insider Senior Correspondent Ben Gilbert via email (bgilbert@insider.com), or PM Twitter (@realbengilbert). We may keep sources anonymous. Use a non-professional device to reach out. PR pitches by email only, please.