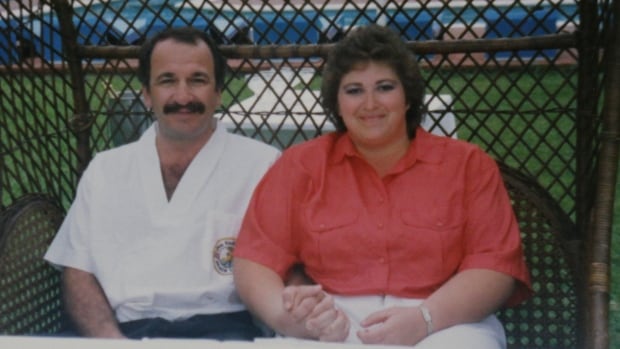 An electronic fingerprint trail left by Greg Fertuck’s cell phone the day his ex-wife went missing leads to a tower within sight of the gravel pit where his truck and personal belongings were found, an expert said during Fertuck’s first degree murder trial Thursday.

Footprints, in the form of tapes of calls presented during the trial in a Saskatoon courtroom, show an incoming call to his phone number at 1:20 p.m. on December 7, 2015 – the day Sheree Fertuck , Greg’s wife, was last seen.

That call activated the Farrerdale Tower, which rises above the gentle hills near the gravel pit east of Kenaston, Saskatchewan, according to a case report prepared by former Telus Mobility investigator Bruce Funk. .

“The appeal lasts one minute and 20 seconds,” he testified in Court of Queen’s Bench Thursday.

Although Sheree Fertuck’s body was never found, his semi-truck was found in the gravel pit near Kenaston on December 8, 2015, the day after he was last seen.

The prosecution alleges that Greg shot Sheree twice during a confrontation at the pit, where she was working, and then moved her body to another location.

Greg Fertuck has pleaded not guilty to the charge of first degree murder.

Funk testified at Fertuck’s video trial in Vancouver on Thursday. His 11-page report detailed calls made to and from Greg’s phone between 8:34 a.m. CST on December 7, 2015 and 12:08 a.m. CST the next day.

During a six-hour RCMP interrogation in October 2017, Greg admitted to police that he visited the gravel pit on December 7.

He said he received a call on his phone near the gravel pit that day from a Workers Compensation Board officer.

In Greg’s case, the phone set off rounds around the neighborhood he lived in, then near where he went for physiotherapy, then near the Kenaston gravel pit and finally near Clavet, to the south- is from Saskatoon.

The sequence generally matches the movements Fertuck told the RCMP during his 2017 interview.

In this interview, Fertuck at first vigorously denied being at the gravel pit on December 7, but later admitted he was there after the RCMP Staff Sgt. Charles Lerat confronted him with evidence that linked his cell phone to a tower near the pit.

Fertuck’s trial, which began on September 7, continues on Friday. Judge Richard Danyliuk is presiding over the judges’ trial.