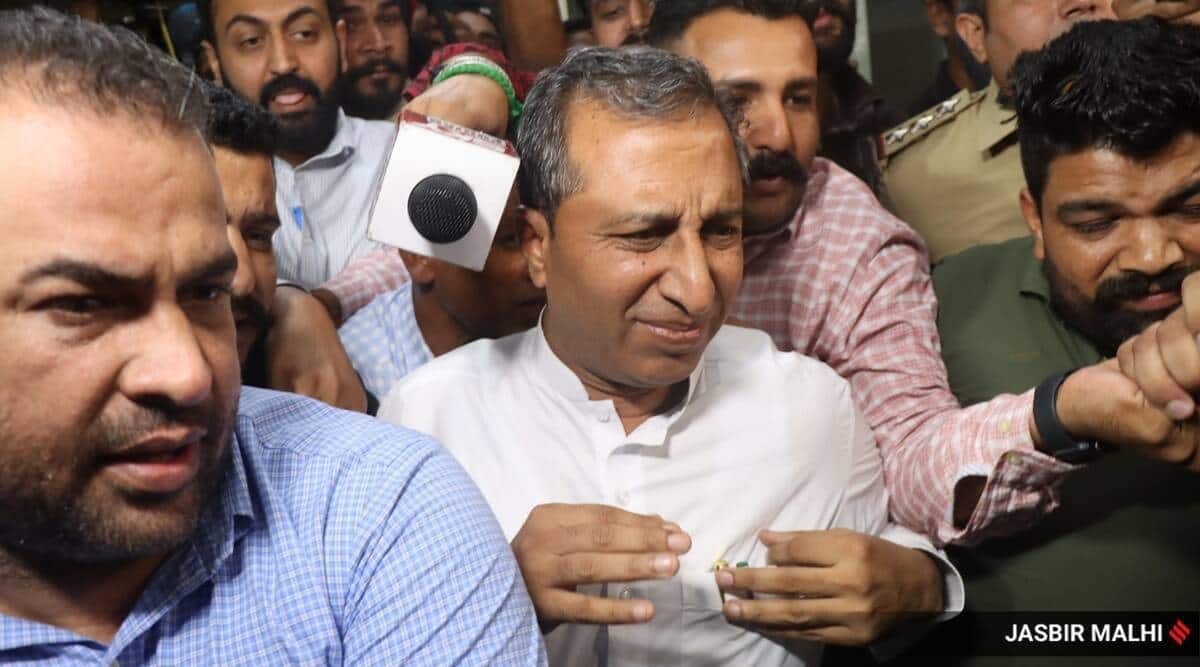 From phone to pen, minister to cop: Corruption complaints soar in Punjab

These are among the gimmicks used by plaintiffs in Punjab against a range of targets – from politicians to bureaucrats and other government officials – after the AAP government launched a massive anti-corruption campaign after come to power in assembly elections in February.

Official data seen by The Indian Express shows that from March 23, when the Chief Minister Bhagwant Mann announced an anti-corruption program “action” hotline, up to July 11, a total of 2,94,670 complaints have been received. Of these, 3,751 complaints were received with audio or video recordings, 1,862 concerned various ministries and 1,740 were found to be irrelevant or non-specific in nature.

“We follow the mandate of the state government and the chief minister. There is zero tolerance for corruption. Anyone who engages in corruption will not be spared,” Punjab Vigilance Bureau chief director Varinder Kumar said.

Of the complaints received during the period for which data was available, 149 accompanied by audio or video recordings were sent to the Vigilance Office, which filed 33 FIRs and arrested 52 people, including 24 civilians, 15 police officers and 13 government officials.

The most famous of these complaints led to the sacking of the AAP’s own health minister, Vijay Singla, two months ago. Singla and his OSD Pardeep Kumar, who is also his nephew, were arrested on May 24 after being convicted in a corruption case linked to an alleged demand for 2% commission on payments made to contractors for Punjab work. Health Systems Corporation (PHSC).

The Indian Express has learned that complainant Rajinder Singh, a senior engineer on deputation to the PHSC, recorded several conversations between him, Singla and Kumar, including at least one using an Apple watch.

A message in numbers

There is a message behind the action against an AAP minister, a senior civil servant, a police officer and a senior civic official, among several others. The Punjab AAP government is making every effort to cement the party’s image as an ally of the citizens against corruption.

Consider some of the other key complaints, cases and arrests in this anti-corruption campaign:

June 2: Mohali Divisional Forest Officer Guramanpreet Singh and Contractor Harmahinder Singh have been arrested in a corruption case. IFS officer Vishal Chauhan was arrested more than a month later on July 7 under sections of the Prevention of Corruption Act.

The plaintiff, the director of World Wide Immigration Consultancy Services, Davinder Singh Sandhu, alleged that Rs 1 crore in monthly installments of Rs 10 lakh and Rs 5 lakh in land sale, were demanded by the defendant for permission to his project in the villages of Masol and Tanda. of Mohali.

Sandhu alleged that by refusing to pay the bribe, a “bogus case” was filed against his father, Colonel BS Sandhu (Retired) for allegedly causing damage to forest flora. The plaintiff used a camera installed inside a mobile phone charger to record the accused.

The second case was recorded on June 6 after a diary allegedly belonging to the contractor and containing details of corruption totaling millions of rupees in the forest department was recovered. On July 13, Vigilance arrested Gilzian’s nephew, Daljit Singh Gilzian, for allegedly acting as an intermediary in the deal.

June 20: IAS officer Sanjay Popli was arrested by Vigilance on a complaint from Karnal-based entrepreneur Sanjay Kumar on the action line. Popli is in custody.

Kumar alleged that Popli, during his tenure as chief executive of the Punjab Water Supply and Sewerage Board, demanded a 1% bribe for payment of bills related to a contract of Rs 7.3 crore for the laying of a pipeline at Nawanshahr, and accepted a bribe of Rs 3.5 lakh and Rs 5,000.

On June 25, Popli’s son, Kartik Popli, was found dead in their Chandigarh home when a Vigilance team arrived to recover 12 kg of gold and other valuables allegedly accepted as bribes. wine. In this case, the plaintiff used a pen camera to record a junior official accepting the bribe in a car allegedly in Popli’s name.

June 28: Vigilance in Amritsar stopped Pathankot Drug Inspector Bableen Kaur for allegedly demanding a bribe of Rs 90,000 from a local resident for the online grant of a license to open a medical store.

July 6: Congress leader and former chairman of Amritsar Improvement Trust Dinesh Bassi has been arrested in a Vigilance case over alleged improprieties, primarily in the awarding of land at a ridiculous price to a woman after the death of her husband. father, who had unsuccessfully attempted to gain ownership of the property through litigation. According to investigators, the plot was then put up for sale at market price.

July 6: The police arrested Faridkot Deputy Superintendent of Police (DSP) Lakhvir Singh for allegedly accepting Rs 10 lakh as a bribe from a drug trafficker for “not naming him in the FIR registered under the NDPS Act in Tarn Taran”. The case was transferred to Vigilance.

The messy world of Elon Musk