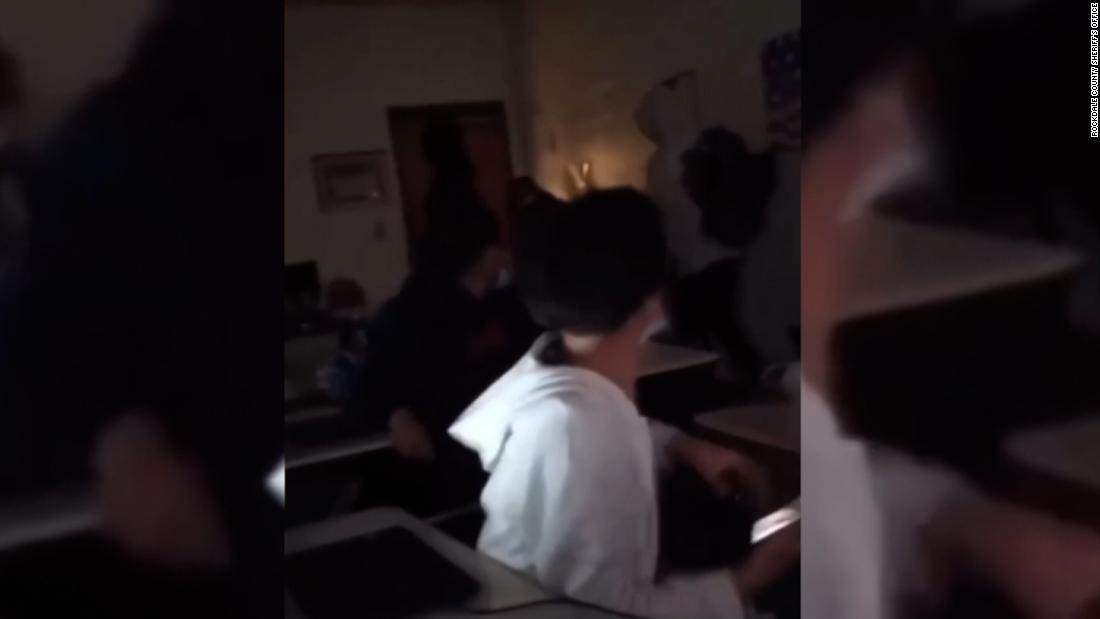 By Cynthia C. Garcia Last updated Jan 27, 2022
Share
Marquett Thinn, 44, was seen on video shoving a student to the ground during an argument in a hall full of students at Salem High School in Conyers, Georgia, the Rockdale County Sheriff’s Office said. in a press release.

Cindy Ball, spokesperson for the Rockdale School District, told CNN that Tuesday was Thinn’s last day of employment as a teacher and noted that she could not comment further on personnel matters.

“We work diligently to investigate all allegations of employee misconduct. Rockdale County Public Schools (RCPS) expects all employees to conduct themselves in a professional and ethical manner in order to provide a and positive learning to students and staff,” Ball said.

Thinn was charged with simple assault following the investigation, officials said in the news release. He was released from jail on $2,000 bond, the sheriff’s office told CNN.

CNN contacted Thinn to comment on the incident but did not receive a response. The sheriff’s office said its investigation is ongoing.

Salem High School serves just over 1,000 students, according to its website.