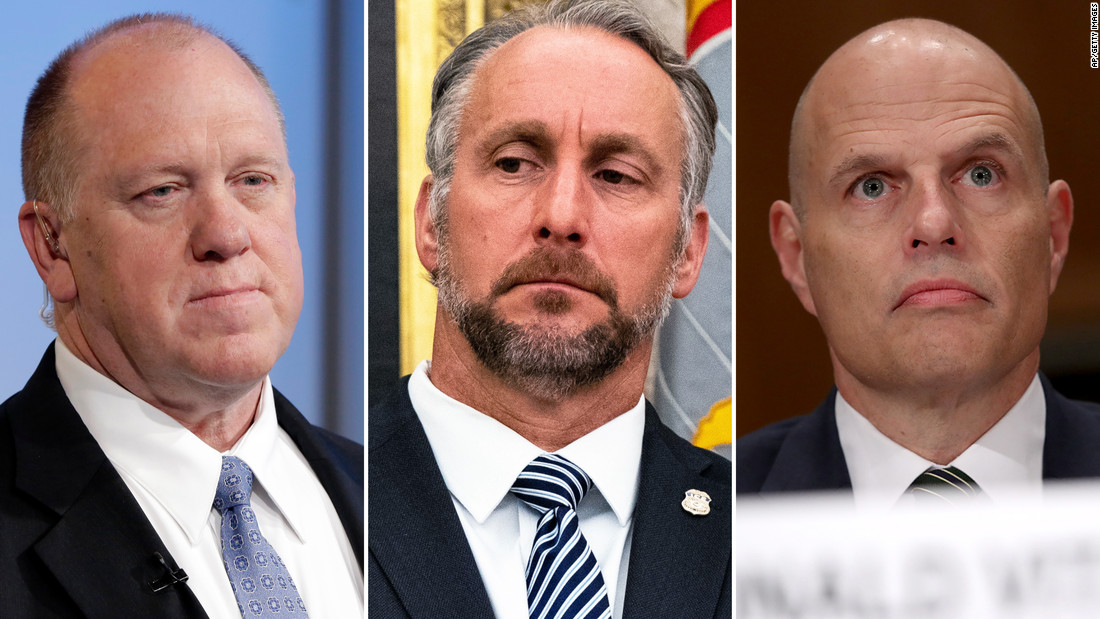 By Cynthia C. Garcia Last updated Aug 23, 2022
Share
The revelation came amid a dispute over public records between ICE and watchdog group American Oversight, which sought emails and text messages from former acting ICE directors Thomas Homan, Matthew Albence and Ronald Vitiello in a controversial immigration case. This follows recent controversies over erased government phones and erased text messages, including the potential loss of information relevant to investigations into the January 6, 2021 attack on the United States Capitol.

“We cannot sit idly by as an agency after an agency admitted it was destroying public records,” Heather Sawyer, executive director of American Oversight, said in a statement. “Text messages often contain crucial information about what federal employees are doing and why they are doing it. Retaining these records isn’t optional — it’s the law.”

In Friday’s filing, ICE Chief Technology Officer Richard Clark said the agency could not provide the information sought by American Oversight, testified that the phones of most of the officials named in the lawsuit had been deactivated and noted that it indicated that the mobile phone data had been wiped. American Oversight claims that many devices were wiped after the organization requested text messages from officials in 2019.

Under Trump-era rules, ICE required employees to erase data from cellphones issued by their agency when they returned their devices or left the agency, according to the court filing.

Those guidelines, issued in November 2017, along with a subsequent 2018 memo, stated that employees were responsible for wiping their phones and keeping separate records if official business was conducted over the phone.

As CNN reported earlier this month, the Department of Homeland Security said it would immediately stop wiping the mobile devices of senior government officials and political appointees without backing them up, launching a 30-day review. retention policies and practices for text messages and other electronic messages. messages.

The review follows weeks of heavy criticism over lost Secret Service text messages and revelations that the phones of former top DHS officials Ken Cuccinelli and Chad Wolf were erased after they left office.

The impact of the DHS review on the telephone policy of ICE, which is part of the department, is unclear. CNN contacted ICE and DHS.

In a separate case brought by American Oversight, the Department of Defense was found to have erased the phones of top Defense and Army officials at the end of the Trump administration. This means that all texts from a number of key witnesses to the events surrounding January 6, 2021 have been deleted.

The ICE filing released Friday is part of a lawsuit by American Oversight and the ACLU of Massachusetts seeking documents relating to the federal criminal lawsuit against Judge Shelley M. Richmond Joseph, including emails and text messages from senior agency officials.

The Massachusetts state judge and a court officer were charged with dragging a defendant out the back door of a courthouse in April 2018 while an ICE officer waited at another hall.