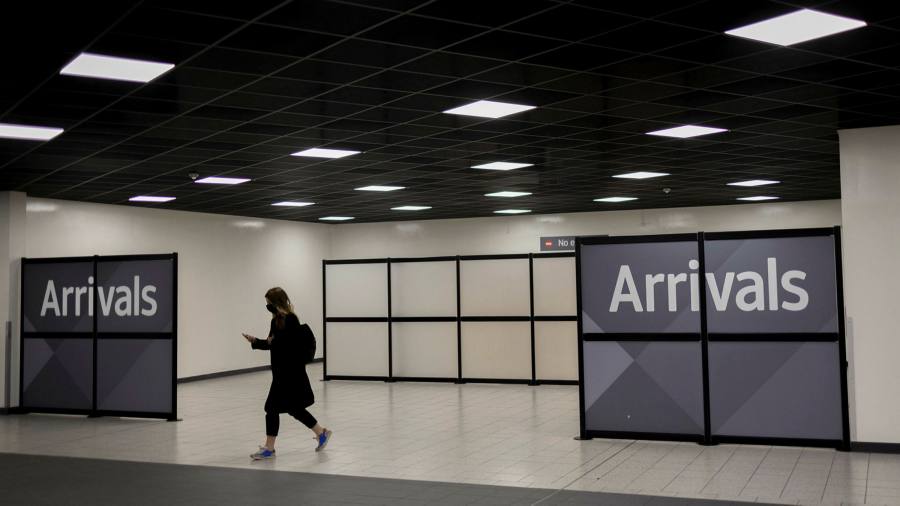 If air travel has lost its charm, that’s not a bad thing

In the movie Don’t look up, humans decide to ignore a terrifying scientific discovery: a comet is about to destroy the Earth. But give the idiots some credit. At least they’re not trying to speed up the comet’s approach.

This is pretty much what EU aviation policy does. Brussels wants airlines to keep flying planes even when there aren’t enough passengers to justify them. Lufthansa says it would like to cancel 18,000 flights over the next three months but cannot do so without losing its precious slots. These flights will accommodate fewer people than the average Downing Street work event. The thought of nearly empty planes spewing greenhouse gases should make our blood boil.

EU rules normally require airlines to operate 80% of their allocated slots. It reduced that to 50% during the pandemic, but it still stumbles Lufthansa.

Brussels’ intransigence is backed by low-cost carriers, who say that if Lufthansa can’t fill planes it should abandon them. Ryanair boss Michael O’Leary, a man so publicized he probably went public with his own birth, accuses Lufthansa of “crying crocodile tears over the environment”.

O’Leary is on a list of people I hope never to fight with, alongside Tyson Fury, Dominic Cummings and whoever else continues to force cars down our street. But the European Commission should ignore it.

If you want to spend £100 in the dirtiest way possible, buy a plane ticket. Indeed, the ticket price includes virtually no real cost: the UK subsidizes flights by more than £8 billion a year, simply by not charging VAT or fuel duty. This contradicts O’Leary’s call for fair competition. Governments should feel relieved that the pandemic has helped wean people off the plane.

In November, even before Omicron’s arrival, international flights were down 47% worldwide compared to 2019. Flying has lost some of its charm: the realization that many flights are unnecessary, the hassle of Covid permits, the possibility of being seated next to an unvaccinated tennis star. John Holland-Kaye, chief executive of Heathrow, an out-of-town shopping center with an attached airport, admits the end of Covid’s legacy is “probably years away”.

My business friends assume that a quarter of their business trips never return. At Lufthansa, business travel accounts for 30% of passenger numbers and 45% of revenue, Bernstein analysts estimate. We could perhaps fill these slots with Ryanair holidays. Or maybe we could do the right thing and not force airlines to use their slots this year or next. If a climate emergency doesn’t mean accepting a lull in air travel and suspending airport expansion, what does?

We could use that time to design frequent flyer taxes: in England, the top 10% of travelers take half of the flights overseas. We could invest like hell in sustainable fuel.

Ryanair’s sustainability plan relies on refueling aircraft with used cooking oil. Spoiler: not everyone eats enough potato chips to run airplanes on used grease. Synthetic alternatives to kerosene can do the trick, as climate expert Chris Goodall points out, but they are currently on a small scale.

Of course, aviation represents only a fraction of our emissions. But the lack of urgency is pervasive. This week, senior stock picker Terry Smith unloaded on green pioneer Unilever, saying his management was “obsessed with publicly displaying its sustainability credentials at the expense of focusing on fundamentals. of the company”.

Smith may be right. Maybe when the comet hits, we can take comfort that at least management has been focused on the fundamentals of the business. But could we give the alternative a chance? Can we look up and not worry about the planes being half empty in the name of the stock price?