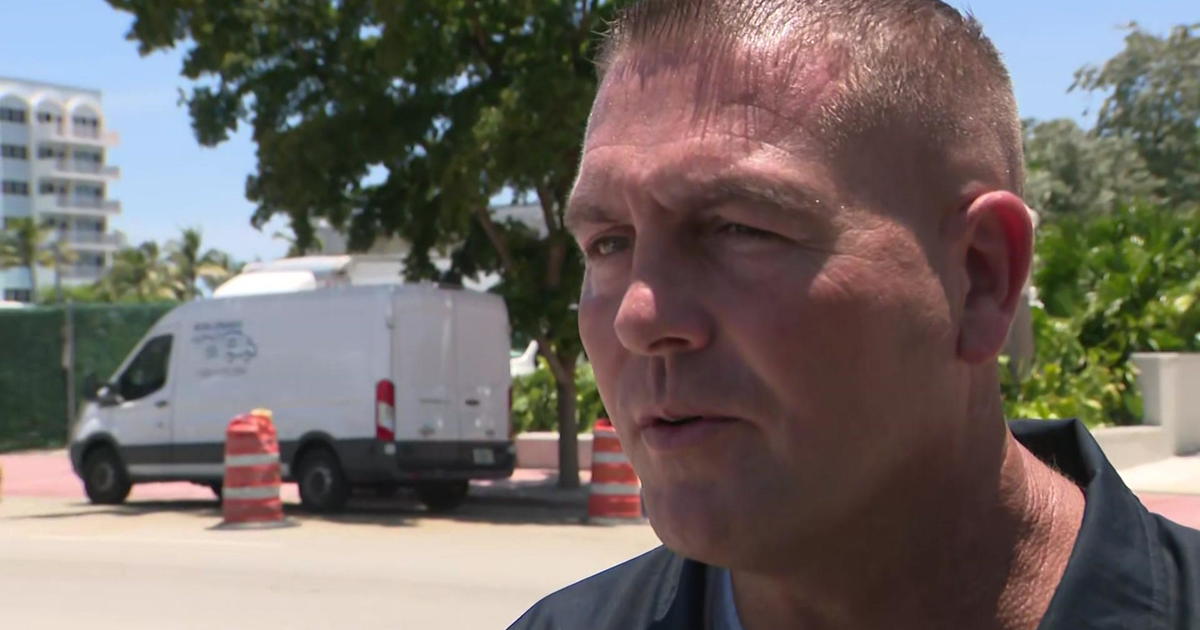 SURF – A prominent urban search and rescue team leader who spent 29 days during the partial collapse of the Champlain Towers South Condominium complex returned to the site Thursday to remember the victims and anticipate Friday’s memorial service .

Dean, 45, is assistant chief of Miami Fire Rescue’s Special Operations Division and is the leader of Task Force 2 of the Urban Search and Rescue Team.

Dean, who has worked for Miami Fire Rescue for 23 years, said: “Obviously it’s hard to get back to the site. Personally, I haven’t been back here since I left. It is obviously more difficult for families dealing with the loss of loved ones. .”

He said they worked long days.

“Our shift was from noon to 12:00 a.m. but usually days started at 9:00 a.m. where we prepared with different operational briefings,” he said.

Dean plans to be at Friday’s memorial event which begins at 10:00 a.m. and is open to the public. First Lady Jill Biden is expected to attend.

Dean said: “I want to pay tribute and remember everyone in this difficult situation. I hope something positive comes out of this and hopefully saves another building from falling and hopefully identifies what this one will fall and maybe prevent the others from falling ahead we should keep moving forward and go wherever there is a call for help and keep hoping that the families are well and go for it before and let’s never forget what happened and let’s keep living our life.We only have one.

Dean has been on many missions, including one to the World Trade Center on 9/11.

At the site just south of 88th Street on Collins Ave., there is a memorial on the windshield listing the names of those who lost their lives.

Many people who have visited this site say they are haunted by what happened and had to come back.

Randy Buchberg of El Paso, Texas, said he and his parents were in South Florida a year ago when the building collapsed and they came back here for another vacation and felt compelled to visit the site.

Buchberg said: “We just had to see what it looks like now compared to a year ago. We wanted to see all the names here on what is a memorial to them. It’s unimaginable that something like this could happen. We never want to see what happens.”

D’Oench also met with Rabbi Yossi Harlig of the Chabad Center of Kendall and Pinecrest and who spent 30 days at the site after the collapse with first responders and family members as he is also a police department chaplain. from Miami Dade.

He said: “It’s important that family members feel that they are not alone. I hope there will be love and care for each other and we must always stay with the families and give them some kind of strength so that they can move forward and start rebuilding their lives and also a year later, it’s important to reflect and realize that while the building has crumbled and that it has crumbled, the hope is alive and the love and care for all they stood for.”

He had one last message.

“Never take life for granted and number one, make every day meaningful,” he said.

Peter D’Oench is a reporter for CBS4 News. He came to CBS4 from WKRN in Nashville.