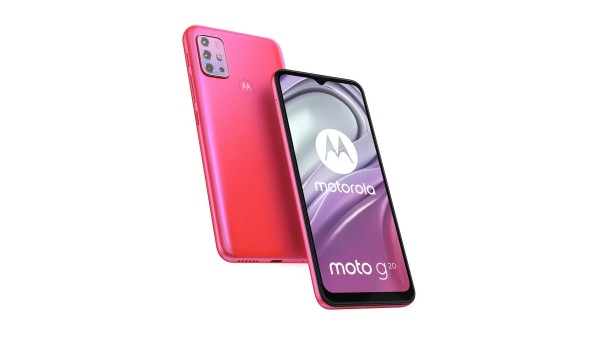 Motorola’s Moto G22 has been spotted ahead of its official release. The Moto G22 has already been seen on a benchmark site, which detailed what to expect from the next phone. Additionally, the Moto G22 will be available with a motherboard variant that hosts MediaTek’s Helio G37 SoC.

Motorola’s next G-series phone is expected to come in three color variants and will feature a triple-camera system. The Moto G22’s 5G capability is also ruled out by new leaked specs.

The Moto G22 will be powered by the MediaTek Helio G37 processor and will have a 6.53-inch 90Hz OLED touchscreen with 7201600 HD+ resolution, according to the leak. The new Motorola G-series phone will be available in three color options and will have a triple camera.

In the upcoming Moto G22 there will be no 5G connectivity. This phone will be powered by the latest Android 12 operating system. The upcoming Motorola phone is said to feature 64GB of internal storage. Users will also have the option of adding a microSD card slot for more storage.

A metal side case with straight edges can be added to the gadget. The front and back panels have circular glass in the frame. The triple camera layout and LED flash are housed in a glossy chamfered design in the top corner. A volume rocker and a power button will be located on the right side of the device, which can also be used as a fingerprint sensor for biometric authentication.

The Moto G22 has also been spotted on certification systems such as NBTC, EEC, and FCC. The main 4GB RAM + 64GB storage option of the Moto G22 is expected to cost around Rs. 17,000. The color possibilities are expected to be Cosmic Black, Iceberg Blue and White for the upcoming Motorola smartphone.