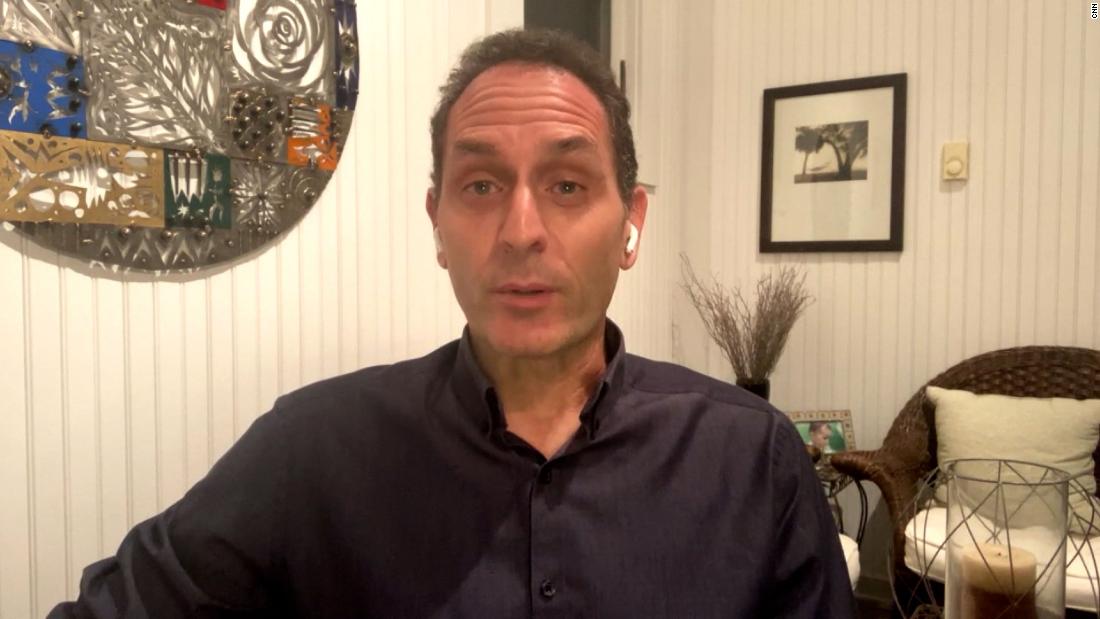 “This is the good news. And I hope it will continue on this downward trajectory,” said Dr Anthony Fauci, director of the National Institute of Allergy and Infectious Diseases.

“But we just have to be careful not to declare victory prematurely in many ways. We still have around 68 million people eligible for vaccination who have not yet been,” Fauci said on Sunday.

“If you look at the history of increases and decreases in cases over a period of time, they can rebound.”

In 45 states, rates of new cases of Covid-19 declined or remained relatively stable last week compared to the previous week, according to data from Johns Hopkins University on Saturday.

In Michigan, an emergency room doctor said his hospital was still overwhelmed with patients.

“I had just done a few shifts in a row where I had six or seven people sitting in the emergency department, waiting for beds in other hospitals that didn’t exist,” Dr Rob Davidson said on Saturday.

He said some ambulances “were within six or seven hours of being able to get them to these places.”

About 52% of Michigan residents have been fully immunized – lower than the national average of 56.4%, according to data from the U.S. Centers for Disease Control and Prevention (CDC) on Saturday.

But the United States has about 95,000 new infections reported daily, which is “still way too high,” he said.

â€œI would love to see it well below 10,000 and even much lower than that,â€ Fauci said. “But when you’re at 95,000, it’s still a situation where you have a high degree of dynamic circulation of the virus.”

And while daily Covid-19 deaths have declined in recent weeks, an average of more than 1,600 Americans die from Covid-19 each day, according to data from Johns Hopkins University last week.

Death is not the only terrible outcome with Covid-19

It’s important for people to understand that “not dying from Covid is a good thing, but it’s not the only measure we should be using,” Davidson said.

He said that at his hospital, some Covid-19 patients had been on ventilators for more than a month, and some had undergone invasive procedures to stay alive.

Even if they recover physically, some Covid-19 survivors end up suffering from post-traumatic stress disorder, or PTSD, due to time spent in intensive care, Davidson said.

A study published in February found that 30% of Covid-19 survivors suffered from PTSD, which is a psychological illness that typically occurs after a person has had a life-threatening experience.

Then there’s the Long Covid – when symptoms can last for months after infection.

A large study published last month showed that more than a third of Covid-19 patients showed symptoms three to six months after becoming infected. Some have had multiple and lasting complications.

Breathing problems, abdominal symptoms such as abdominal pain, diarrhea, fatigue, pain, anxiety and depression were among the most frequently reported problems.

The accompanying data showed that up to 46% of children and young adults aged 10 to 22 experienced at least one symptom within six months of their recovery.

A recent study by the Pew Research Center showed that white evangelical Protestants were among the adults least likely to be vaccinated.

The director of the National Institutes of Health – who identifies as an evangelical Christian – said it was time for that to change.

“Christians, of all people, are supposed to be especially worried about their neighbors,” Dr. Francis Collins told CNN on Saturday.

He said those who are not vaccinated are more likely to be infected and pass the coronavirus to others.

But for some reason, many evangelical Christians â€œhave had a hard time, in many cases, rolling up their sleeves,â€ Collins said.

“A lot of it is this misinformation that is so widely spread on the internet and which I think has caused a lot of people to be confused or fearful of what vaccinations might do to them,” Collins said.

“And it’s really heartbreaking when we see, again, more than a thousand people lose their lives from this disease (daily), almost all of them unvaccinated, and so it should not have happened,” he said. he declared.

“If you are a Christian, or if you are someone who has not yet been vaccinated, press the reset button on any information you have that makes you doubt, hesitate or fear, and review the evidence.”

Watch out for blackmailers on dating sites

See Daniel Craig in Action in “No Time to Die”