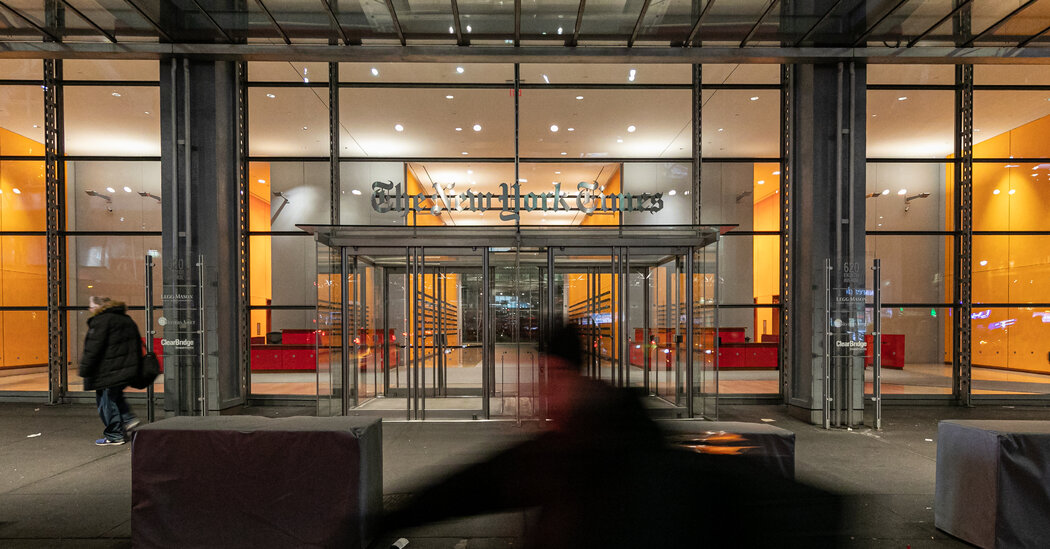 In a decision released Thursday, the appeals court said the order would not be enforced until a formal appeal could be heard. The decision means that, for now, the Times can publish certain documents and will not have to turn over or destroy copies of the documents in its possession.

“We are pleased with today’s decision to halt the application of prior restraint while the matter is on appeal, and we look forward to explaining our position on the appeal,” a door said. -Times spokesperson, Danielle Rhoades Ha, in a statement. “The use of prior restraint to prohibit the collection of information and block the publication of newsworthy articles is unconstitutional. No defamation plaintiff should be allowed to use their litigation as a tool to silence media coverage about them. »

The state Supreme Court’s Appellate Division order is part of a 2020 libel lawsuit filed by Project Veritas and its leader, conservative provocateur James O’Keefe, who accused The Times of libel .

A Project Veritas lawyer, Elizabeth Locke, said in a statement Thursday, “We are pleased that the Appeals Division has denied the Times’ excessive request to vacate the order.” She added that she was “confident” that the appeals court would ultimately affirm “that the Times violated the substantive rights of Veritas by acquiring and publishing confidential attorney-client documents in the midst of ongoing litigation.”

Last year, in unrelated coverage of the trial, the Times reported on a Justice Department effort to investigate Project Veritas for a possible role in the theft of a diary owned by the president’s daughter. Biden, Ashley Biden. During the reporting on this investigation, the Times published an article in November that included excerpts from memos prepared by a Project Veritas lawyer, which described legal strategies that would allow the group to engage in misleading reporting practices that do not not violate federal law. .

The memos predated the libel case against the Times by several years. But lawyers for Project Veritas accused the Times of infringing on its attorney-client confidentiality rights, arguing that the newspaper’s release of the memos amounted to an effort to embarrass an opponent in active litigation.

A November order by Westchester County State Supreme Court Judge Charles D. Wood ordered The Times to cease publication of any relevant Project Veritas material. In December, the judge rejected the Times’ efforts to overturn the order. He also ordered The Times to immediately destroy all electronic copies of the documents and turn over its physical copies.

The newspaper and First Amendment supporters argued that the order amounted to an unconstitutional prior restriction on a journalistic outlet’s ability to report the news.

Mr. O’Keefe and his colleagues at Project Veritas have made themselves known for using hidden cameras and false identities in videos intended to embarrass Democratic officials, news outlets and labor groups.

What you need to know about the KF94 mask