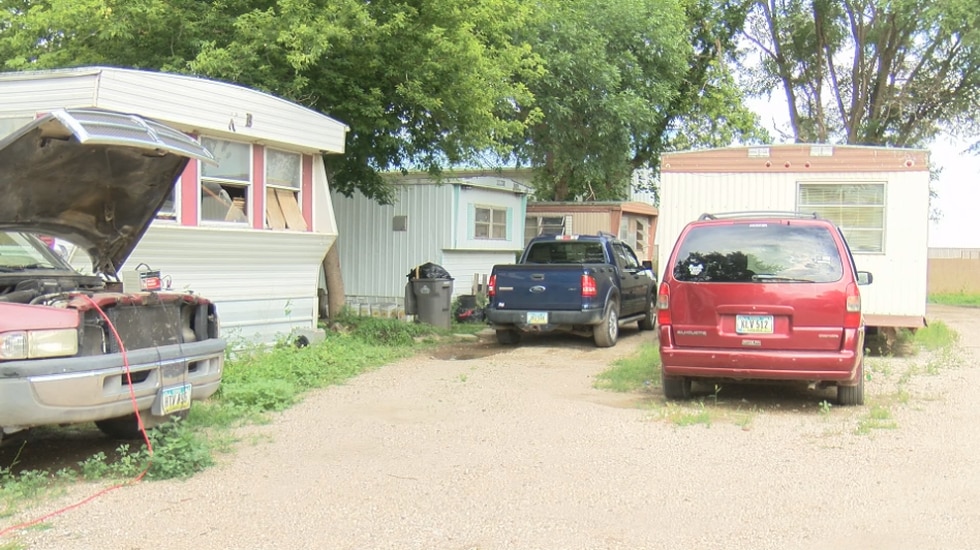 Power still out at Spencer, IA mobile home park after no ruling at court hearing

SPENCER, Iowa (KTIV) — A hearing has been held in northwest Iowa to determine whether a mobile home park was wrongfully shut down and power should be restored to it.

The power has been out at a mobile home in Spencer, Iowa for several weeks now. Power was cut to the park, called Spencer Trailer Court, after the city said it received a complaint of several serious code violations. Initially, the city and the park entered into an agreement to keep the park open while repairs were underway. But the city says the park missed the deadline for initial repairs.

Park owner Bill Caskey and one of its residents, Margaret George, filed a lawsuit against the town of Spencer in an attempt to restore power.

On Tuesday, several witnesses spoke at the Spencer County Courthouse. One, a woman who lives in the park and chose not to leave when utilities were cut, said her health problems worsened. Specifically, she says her anxiety has worsened over the past few weeks, along with asthma issues.

Another witness, the owner of the mobile home park, said two of his electricians felt it was safe to live in the park.

“Are you of the opinion today that the power can be restored safely? asked a lawyer.

“Because I don’t think it should have ever been turned off.”

The defense, representing Spencer, was also given the opportunity to call several witnesses. One of them talked about the inspection and the procedures followed. The mayor of Spencer also found himself giving evidence at the hearing.

“My concerns were primarily about the residents of the park and the fact that they were going to be removed from the park. That they would have access to social services, which could help them find alternative housing,” said Mayor Steve Bomgaars, making reference to resources provided by the city to help park residents find new places to live.

The hearing ended at 3:30 p.m. without a decision. The judge is taking the matter under advisement, but has closed the proceedings for now, saying it might be best for the city and the park to get together and resolve the issues themselves.

Han Xu is unlike any player the WNBA has seen