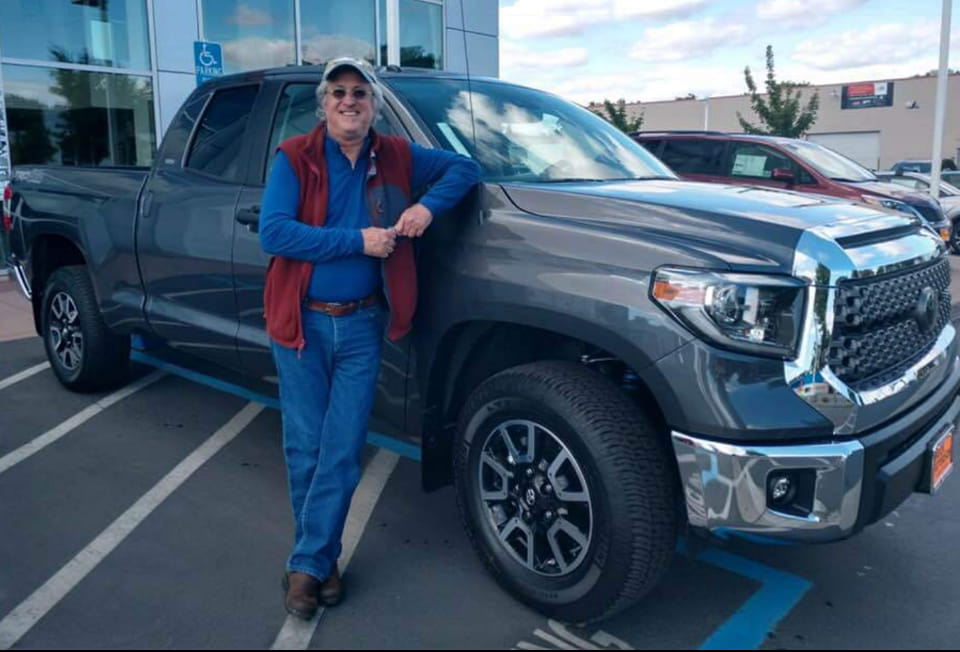 [Editor’s note: According to the Butte County Coroner’s office, Tom Nickell was found dead in his Chico home on July 19. Details on exact date and cause of death have not yet been released.]

Like so many others, I was shocked to learn of Tom Nickell’s passing.

Tom was truly unique, as a servant of this community and as a friend. In his roles as deputy mayor, park commissioner, CARD administrator and concerned citizen, he has served Chicoans in his own way.

I met Tom in 2006, six months after I arrived in Chico as the new editor of CN&R. Retired from the California Highway Patrol, Tom threw his hat in the ring for city council that year. Bob Speer and I interviewed the candidates before the newspaper mentions.

At the end of our session, Tom asked me, “Are you related to Harold Tuchinsky, Mr. T?” Turns out my dad was his middle school carpentry teacher in Los Angeles, and Tom still had a project from that era in his garage.

The CN&R ended up endorsing Mark Sorensen, much to the dismay of the progressive executive who had gone over to Tom. In the midst of a deluge of angry emails and calls, I contacted Tom.

“No explanation needed,” he said. “I just need to knock on a few more doors.”

Relieved by his grace, I noticed how much I wished more of his followers had the same reaction.

His response: “If you need to borrow my body armor, let me know.”

In November, he edged out Sorensen by 78 votes. Tom became vice-mayor the following two-year cycle and, characteristically, supported Sorensen’s appointment to the Planning Commission. (Sorensen, hired earlier this month as Chico’s new city manager, went on to serve two terms on council, leading a conservative majority as mayor.) Tom looked beyond political labels to find allies. ready to tackle the city’s problems.

His approach was iconoclastic. Tom shared the firmly held beliefs of progressives — smart growth and environmental protection, for example — while standing firm for public safety and his law enforcement colleagues. He attracted voters from across the political spectrum while infuriating politicians who expected him to toe a monolithic line. He would let anyone he respected, regardless of affiliation, put a campaign sign in front of his house.

He was appointed to the Bidwell Park and Playground Commission in 2017. He easily won election to the Chico Area Recreation and Park District Board of Directors the following year. I suspect he would have applied for another term in November. Tom loved to serve, focusing on what concerned his Chico neighbors.

A myriad of people knew Tom as a friend, a generous friend. That’s what he became for my wife, Amy, and me. He did not resist the formalities. City councilor to editor? No, I was MT’s son

We as people were his first thought when he heard about the Humboldt fire (harbinger of the campfire in 2008) blazing towards heaven. Right after Amy and I received a reverse 911 call advising us that we might be facing an evacuation, the phone rang and Tom told us to leave the ridge immediately. The two of us and our four dogs would stay with him. “We can worry about politics later,” he concluded, taking nothing but a “yes” for an answer.

Our vehicle ended up being one of the last on Clark Road before the flames cut that road. We got to his place in half an hour. Hesitant loved ones were stranded on Skyway for hours. Tom offered us accommodation for as long as we needed – luckily we were only stuck for one night.

It was Tom. Care. Disinterested. Unique.

Reeling from a power outage, javelin thrower Rohit’s village glued to his cell phone to catch his exploits