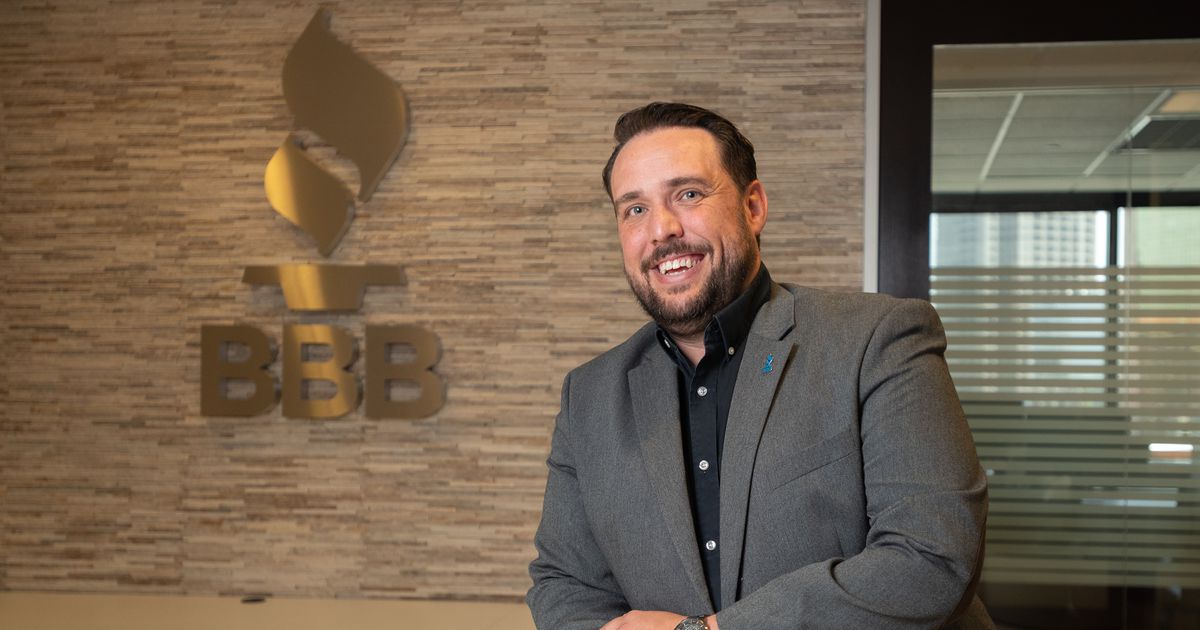 Should you take your consumer complaint to the Better Business Bureau or Twitter?

For more than 110 years, the office has been built to create trust between consumers and businesses, and it still says its services are in demand. The North Central Texas office received more than 4,295,021 inquiries on its website last year, with more than 62,353 complaints handled. Of these complaints, 90% have been resolved.

But many young consumers simply take to Twitter, Instagram or other social media to publicly voice their complaints. Within seconds, their responses can be viewed by the company’s social media teams monitoring traffic.

And some companies, even well-known ones, no longer bother to join the BBB.

Grab a Texas favorite, this one from Buc-ee. The convenience store took heat in April for racking up 100 BBB complaints since 2006 – a seemingly low number considering the thousands of people who stop by the chain’s locations of oversized convenience stores and gas stations each day.

Yet the BBB puts a disclaimer on its site saying Buc-ee no longer responds to complaints made to the agency that got its start in 1912.

“At the store level, our managers are empowered to make decisions,” Buc-ee general counsel Jeff Nadalo said in an April email. “We have chosen not to arbitrate issues through the BBB or any other social media platform. As we’ve discovered, most complaints on social media are fake. We think a good old-fashioned face-to-face resolution is the best option for us.

The same goes for Dallas-based Southwest Airlines, which says it works directly with disgruntled customers.

The carrier ranks at 1.14 out of five stars for customer reviews and an F rating on the Better Business Bureau website, and it has opted out of the agency. “We do not respond to customers through the BBB as listed on their website,” a Southwest spokesperson said in an email. “Instead, we respond directly to customers.”

David Beasley, vice president and chief operating officer of the BBB in Dallas, explains that what sets the Better Business Bureau apart are its core services. It is a people-first, technology-part company whose dispute resolution services are provided by real people who verify whether the company has treated the consumer fairly, Beasley said.

“You can scream into this black hole, but this company won’t help you find a solution to your problem,” Beasley said. “So that’s where the BBB has really cornered the market and is still able to provide direct help to consumers.”

The Better Business Bureau of North Central Texas employs more than 45 people in its Elm Street office, which serves 29 Texas counties, 5.6 million consumers and 120,000 businesses. The base rate for a company to join the BBB is $500 per year, according to Beasley. As a 501C-6 organization, the Better Business Bureau relies heavily on membership dues, which vary depending on the size of the business.

The BBB’s audience is consumers who reach a stage in their lives where they “buy a house or a pool or a very expensive repair,” Beasley said. “That’s when whether or not a company is going to leave you dry becomes more and more important to you. So it’s no big shock that an 18 year old doesn’t know what the Better Business Bureau is. But that doesn’t mean we shouldn’t pivot to meet market needs.

Monica Horton, Better Business Bureau spokesperson for North Central Texas, said that in an internal BBB agency study, 88% of consumers who had heard of BBB were more likely to buy from a company that had an A+ or A rating.

She said the agency closely monitors complaints filed on its site. “We do our best to try to validate and verify that whoever filed the review was in fact a customer of the company,” Horton said.

Scams are fairly common, and it’s been a recent priority for the agency, she said.

Rajashri Srinivasan, a business professor at the University of Texas at Austin, says web complaints came into their own in 2009 with a pivotal incident.

That’s when Dave Carroll, a Canadian musician, opened the case containing his Taylor guitar to find it completely demolished after an air flight.

He complained to United Airlines, but nothing came of it, so Carroll posted a series of three videos on YouTube called “United Breaks Guitars” about his damaged $3,500 guitar.

United Airlines reported a 10% loss in market value at the time. And while there’s no evidence the videos hurt United financially, they surely didn’t help.

Srinivasan says social media hadn’t really taken off before then, as YouTube had just debuted in 2005. Complaints from Yelp and criticism from Google weren’t the norm.

Now, young consumers usually turn to Twitter, Instagram or even TikTok when they want to complain in real time, Srinivasan said. She said companies monitor social media in different ways and try to respond to consumer complaints.

“Social media is the new platform for consumer complaints,” Srinivasan said. “The Better Business Bureau is a bit like the technology of the previous generation. It is not entirely clear if they will continue to be relevant over the next two years.

The BBB says it’s not just for older consumers. In fact, online scams make it even more relevant, Horton said.

Many North Central Texas businesses still rely on the agency, including Dallas-based AT&T, which has an A+ rating but just 1.11 out of five stars on the BBB’s consumer rating.

“Our mission at the Better Business Bureau is a marketplace where buyers and sellers can trust each other,” Horton said. “That’s our goal.”

Arlington-based Six Flags Corp. has an A+ rating but only has 1.08 out of 5 stars for consumer reviews. The company has closed 1,282 complaints over the past three years, according to the BBB’s website.

Its main priority is to provide a safe and enjoyable experience, said Brad Malone, director of marketing and communications for Six Flags Over Texas and Hurricane Harbor.

“The Better Business Bureau is one of the largest third-party review sites, providing our customers with a way to submit valuable feedback,” Malone said. “It also provides us with a neutral platform to address our customers’ concerns directly.”

And the BBB says it’s targeting the next generation of consumers. Horton said 15 to 24 year olds are more likely to get scammed.

“Older people are the ones people think of because the losses are usually bigger, but buying online was our #1 scam, followed by cryptocurrency,” Horton said. “These are all scams that target this demographic.”

Scams and false advertising are two areas the BBB is cracking down on, Beasley said. The agency also works with its search engine optimization and site traffic to ensure consumers can see business reviews immediately when researching a business.

“We make sure our technology is at such a point that once a consumer needs us, they’re able to find us,” Beasley said.