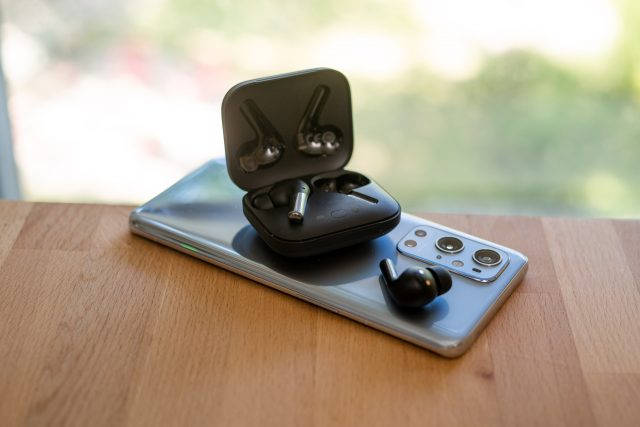 Last year, we saw the introduction of the wireless charging specification introduced by the NFC forum, offering a way to use your phone’s built-in NFC chip as a way to wirelessly charge your headphones (or other accessories). Using this, your phone wouldn’t need to have a built-in ‘reverse wireless charging’ feature from phone makers like Samsung or Google. Instead, you can just place your earbuds on the back of the phone and have them start charging.

Today, the NFC Forum has announcement he published Wireless charging specification 2.0. With WLC 2.0, the goal is to make this process even easier for “low power device” manufacturers and smartphone manufacturers. WLC 2.0 now supports more antenna sizes, allowing compatibility with more devices, as well as smaller, lighter and more affordable accessories.

“More than 60 million wireless headphones were sold in the first quarter of 2021 worldwide. These and many other consumer products operate on rechargeable batteries, and the NFC Forum’s 2.0 Wireless Charging Technical Specification is a simple and convenient method of keeping everything charged. This specification will also further improve the user experience for the two billion consumers and businesses using smartphones and other connected products, ”said Mike McCamon, executive director of the NFC Forum. “This is part of a global trend towards the creation and proliferation of smaller rechargeable devices and will allow the majority of smartphones and other NFC-enabled devices to communicate with and charge these products. “

It’s no secret that the wireless headphone market continues to grow in popularity as evidenced by Nothing’s decision to enter the market with its first product. Additionally, new headphones are released on a seemingly weekly basis, many of which include wireless charging capabilities.

The only problem with this new wireless charging method is that it is limited to charging speeds of up to 1W. Comparatively, the reverse wireless charging feature found in some smartphones is around 4.5W. , but it requires additional work from the OEM to integrate the function into the software. WLC 2.0, if implemented, could use the NFC chip not only to quickly pair your headphones, but also to charge them to a certain extent.