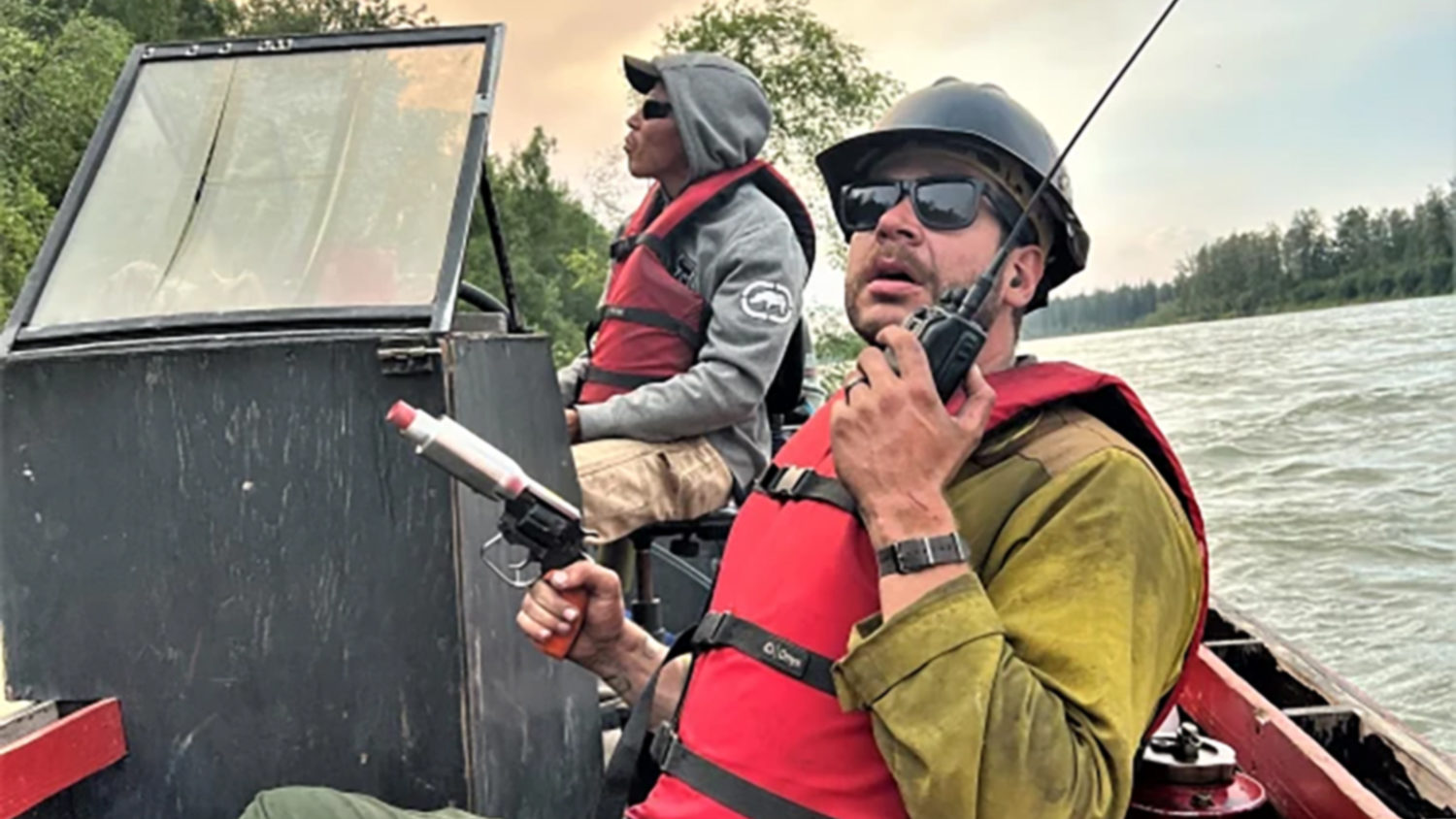 A wildfire in southwest Alaska has scorched the site of a support camp for Project Pebble Mine as the state’s wildfire season remains poised to be one of the worst ever recorded.

Firefighters cleared flames from most structures in the state, according to reports submitted through Wednesday, successfully defending villages and towns even as blankets of smoke blanketed several of the state’s largest towns. .

Over the July 4 weekend, part of the Upper Talarik Fire burned the site of a supply camp built to support the controversial Pebble Mine, a planned metal mine in headwaters of Bristol Bay.

Construction of the mine is on hold, pending the outcome of several legal battles and permitting processes, but geologists have explored the site’s potential.

No one was present at the site when the fire burned through the area.

Joe Holzinger, a public information officer assigned to the Upper Talarik and a handful of other fires known collectively as the Lime Complex, said it was unclear to what extent the camp had been damaged or destroyed.

He said evaluators are en route to the area, which is under a temporary flight restriction to assist firefighting aircraft.

“At this point, we’re just waiting for that assessment to see how impacted it has been,” he said of the mine site.

A spokesperson for Pebble Limited Partnership did not respond to a phone call Wednesday.

Abe Davis, chief of fire operations for the Lime complex, said firefighters had success in burning some areas around Lime Village, the town for which the blazes are named. These prescribed burns aim to protect the village against forest fires.

The wildfire season has been exceptionally bad in Southwest Alaska this year, with more than 1.2 million acres burned, a record for the region.

A winter with little snow was followed by a hot, dry spring and a flurry of thunderstorms, contributing to the historic fire season.

Elsewhere in the state, fires have triggered evacuation watches near the town of Anderson, on the Parks Highway and in places near Fairbanks.

Clear Space Force Station, home to one of the United States’ primary ballistic missile warning radars, is among the areas in the warning zone. The town of Nenana is just north of the area.

In front of an early voting site, a Vignarajah employee defends her candidate