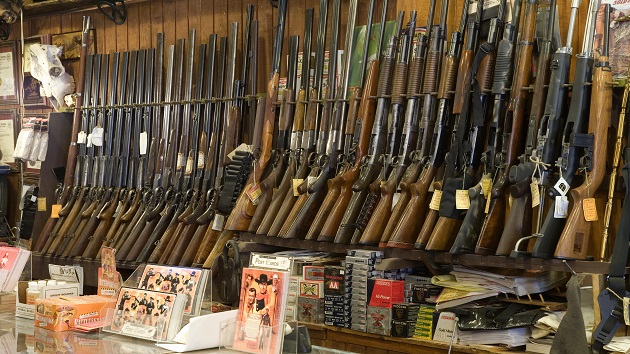 (NEW YORK) — The Texas Republican Party officially “reprimanded” several GOP senators, including one of their own, over the weekend for helping lead bipartisan negotiations on new gun legislation.

The resolution, passed at the state convention Saturday in Houston, rejected the Senate compromise announced last week that had the staunch support of at least 10 Republicans.

The party’s warning reflects, in part, the difficulty of congressional action around guns, given some opposition in very conservative circles. The state’s GOP response followed Cornyn who was also booed by the crowd as he spoke at the convention on Friday.

Cornyn stepped in to help drive bipartisan negotiations around modest gun reforms after the elementary school shooting in Uvalde, Texas, where 19 students and two teachers were killed. The bipartisan group of senators working on the bill announced an initial agreed framework on June 12 that would increase funding for school safety and mental health, require enhanced background checks for 18- to 21-year-olds and support the “red flag”. state laws.

The deal did not include more sweeping restrictions backed by Democrats and President Joe Biden, such as raising the legal purchase age for assault-type weapons.

Work continues on the final text of the bill, with House and Senate leaders promising quick votes if Republicans stay on board – hoping to introduce the text to the Senate this week.

Terry Harper, one of the Texas GOP executive committee members, voted against the resolution criticizing Cornyn and others — and even tried to have it withdrawn — despite being skeptical of negotiations around a possible deal on firearms.

“It was just a little harsh and embarrassing when they booed,” Harper continued in a phone call with ABC News.

At Saturday’s convention, the Texas GOP also added a series of positions on LGBTQ issues as part of its adopted platform and they officially continued to cast doubt on the validity of Biden’s 2020 election victory. , rooted in former President Donald Trump’s baseless claims of voter fraud.

The Log Cabin Republicans, a group representing the LGBTQ community within the Republican Party, were denied booth space at the event. (The group later shared a statement they said came from Donald Trump Jr. who was critical of their exclusion.)

The State Party’s new platform, as posted online on Sunday, states that “homosexuality is an abnormal lifestyle choice” and that as a party, “we oppose all efforts to to validate transgender identity. The party also said it opposes various medical treatments for transgender people aged 21 and under, including so-called “puberty blockers”, hormone therapy and surgery.

The Texas GOP’s latest stance on the gay and transgender community comes as conservatives across the country have increasingly refocused on LGBTQ issues, especially as they relate to children – including the ban on medical care for transgender children and discussions about sexuality and gender in classrooms.

The party’s platform was swiftly and widely criticized by LGBTQ advocates after it was passed over the weekend, with some saying it could herald wider discrimination.

Following the leaked draft opinion suggesting the Supreme Court will soon overturn Roe v Wade, Biden argued that the High Court could then reduce protections for gay and transgender people or overturn other major precedents, such as the national same-sex marriage guarantee. (The draft of this opinion shows that the majority of the court insists that its decision on the abortion would not affect the other cases.)

With its new platform, the Texas GOP also continued to push the narrative of a fake 2020 election and said it does not believe Biden was legitimately elected – despite all the evidence and multiple recounts and audits. in the main battlefield states.

Trump, as the party’s standard bearer, continued to attack the race he lost and promoted those who wish to overthrow it, backing various local and state officials who may soon be tasked with overseeing the upcoming election.

During the Jan. 6 committee hearings underway in the House this month, testimony from several members of Trump’s inner circle showed how they repeatedly dismissed his claims in private, including the former attorney general. Bill Barr.

An ABC News/Ipsos poll earlier this year found 65% of Americans believe Biden was legitimately elected, though that number has a clear partisan divide with nearly three-quarters of Republicans believing the opposite.

The final version of the platform will be put online in the coming days. Members voted separately on each part of the platform and votes are still tallied, though State Party staff told ABC News that no major changes are expected and it is rare that parts of the document fail in the final vote. Cornyn’s reprimand was a resolution passed by voice vote.