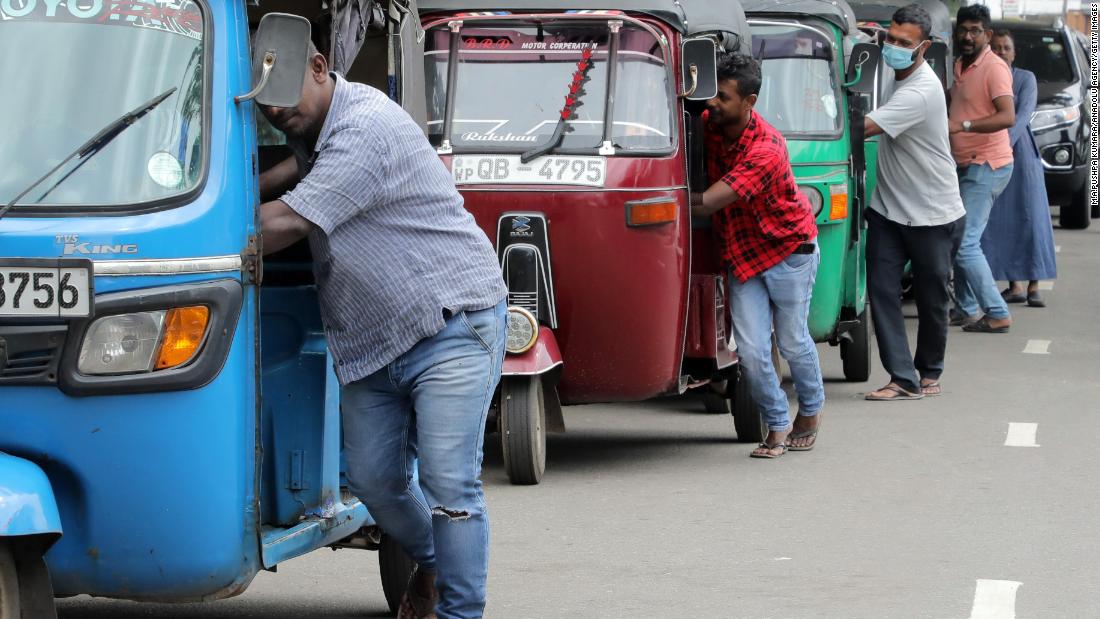 The strong US dollar hurts everyone

By Cynthia C. Garcia Last updated Aug 7, 2022
Share
The greenback has risen more than 10% in 2022 against other major currencies – near its highest level in two decades – as investors worried about a global recession rush to scoop up dollars, which are considered as a safe haven in turbulent times. Adding to the appeal of the dollar is the Federal Reserve’s aggressive interest rate hike campaign to tackle decades-high inflation. This has made US investments more attractive, as they now offer higher returns.

American travelers can rejoice that an evening in Rome that once cost $100 now costs around $80, but that’s a more complicated picture for multinational corporations and foreign governments.

About half of international trade is invoiced in dollars, driving up bills for manufacturers and small businesses that rely on imported goods. Governments that must repay their debts in dollars could also face difficulties, especially if reserves run out.

The dollar’s gain is already hurting some vulnerable economies.

A shortage of dollars in Sri Lanka contributed to the worst economic crisis in the country’s history, eventually forcing its president to resign last month. The Pakistani rupee plunged to a record low against the dollar in late July, pushing it to the brink of default. And Egypt – battered by rising food prices – faces a depleted supply of dollars and an exodus of foreign investment. All three countries had to turn to the International Monetary Fund for help.

Why the “dollar smile” leads to frowning

The US dollar tends to appreciate when the US economy is very strong or, somewhat counterintuitively, when it is weak and the world is facing a recession.

Either way, investors view the country’s currency as an opportunity to lock in growth or a relatively safe place to store cash while they weather the storm.

The phenomenon is often called the “dollar smile”, because it rises at both extremes.

But the rest of the world has less to smile about. Manik Narain, head of multi-asset strategy for emerging markets at UBS, identified three main reasons why a stronger dollar could hurt countries around the world with smaller economies.

1. It can add tax pressure. Not all countries have the capacity to borrow money in their local currency, as foreign investors may not have confidence in their institutions or their financial markets are less developed. This means that some have no choice but to issue debt denominated in dollars. But if the value of the dollar skyrockets, it makes it more expensive to pay off their debts, emptying government coffers.

It also makes it more expensive for governments or businesses to import food, medicine and fuel.

That’s what happened when the value of the Sri Lankan rupee crashed against the dollar earlier this year. The government emptied its foreign exchange reserves, which were already low in part due to a collapse in tourism during the pandemic. Shortages of essential items then brought thousands to the streets. President Gotabaya Rajapaksa fled the country and resigned in July after angry protesters occupied government buildings.

2. It fuels capital flight. When a country’s currency weakens significantly, wealthy individuals, corporations, and foreign investors begin to withdraw their money, hoping to hide it somewhere safer. This pushes the currency even lower, exacerbating fiscal problems.

“If you’re sitting in Sri Lanka right now and you see the government is under pressure, you want to get your money out,” Narain said.

3. It weighs on growth. If businesses can’t afford the imports they need to run their business, they won’t have as much inventory. This means that they will not be able to sell as much, even if demand remains robust, which weighs on economic output.

When the US economy is doing well, that can cushion some of the blow. Many emerging markets export goods to the world’s largest economy. But when the dollar strengthens because America is on the verge of recession? It’s hard.

“It can inflict more pain on the markets because you don’t have the silver lining of better economic growth in the background,” Narain said.

“We expect dollar strength to remain largely intact in the short to medium term,” wrote Scott Wren, senior global markets strategist at the Wells Fargo Investment Institute, in a recent note to clients.

This has investors and policymakers wondering if Sri Lanka is just the first domino to fall. There is also a risk that the turmoil in emerging markets will spread to the entire financial ecosystem, triggering a wide range of ripple effects.

Brad Setser of the Council on Foreign Relations wrote recently that he was watching Tunisia, which is struggling to meet its budgetary needs, as well as Ghana and Kenya, which are highly indebted. El Salvador has a bond payment coming early next year, while Argentina continues to struggle following its last currency crisis in 2018.
The IMF has estimated that 60% of low-income countries are at or at high risk of public debt distress, up from about a fifth a decade ago.

But there are also key differences between the current situation and past crises.

Debt denominated in dollars is less common than before. The biggest players – such as Brazil, Mexico and Indonesia – “have generally not borrowed much in foreign currencies and now hold enough foreign exchange reserves to manage their external debt”, according to Setser.

In addition, commodity prices such as oil and base metals remain high. This helps emerging economies that are big exporters, including many in Latin America, and is a reliable way to ensure dollars keep flowing into government coffers.

Inflation has also caused central banks in many emerging markets to start raising rates earlier than their counterparts in the Federal Reserve or the Bank of England. Brazil has raised its borrowing costs in 12 consecutive meetings, after launching the process in March 2021.

Yet much could depend on the fate of the world’s two largest economies: the United States and China. If these growth engines really start to falter, emerging markets could experience a painful investment exit.

“It will be crucial that the United States enters a recession,” said Robin Brooks, chief economist at the Institute of International Finance. “It makes everyone more risk averse.”

5 potential candidates for the NY Jets in 2022