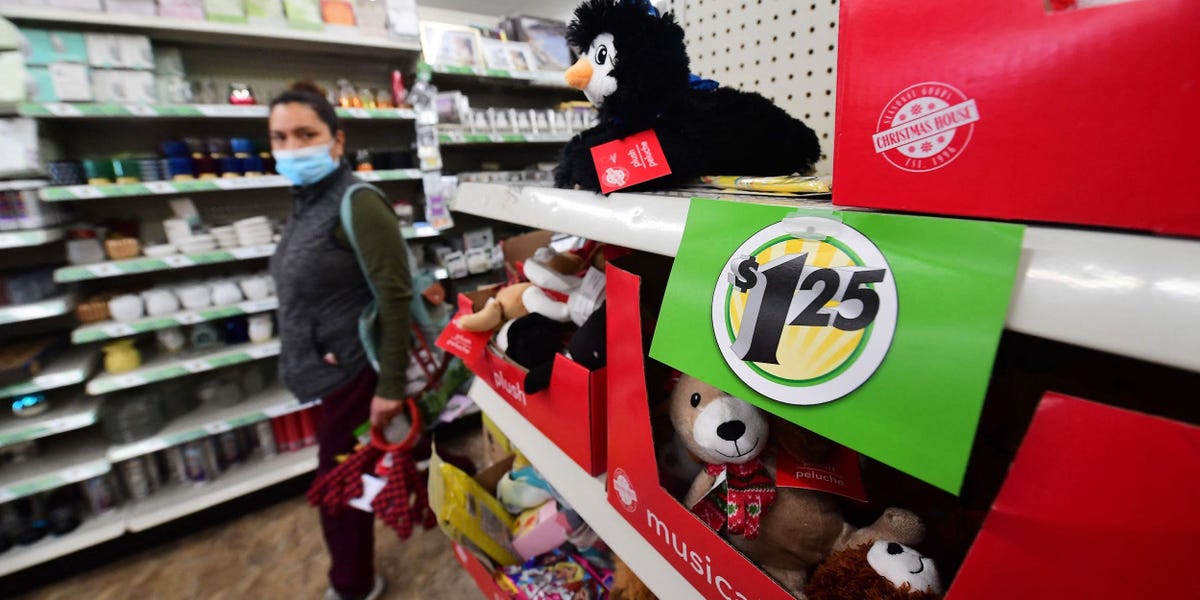 The inflation problem in the United States is twofold. New data suggests the price spike is cooling on both fronts.

The latest edition of the Consumer Price Index closed a year of relentless price increases. Inflation accelerated to an annual rate of 7% in December, the fastest rate since 1982. Price increases were even larger for some popular goods like gasoline, beef and furniture.

But these two problems could come to an end and on their own mitigate the dizzying price increases of the past few months. The global supply chain mess is on the mend, and Americans’ spending is shifting into low gear.

Consumer demand falls back to earth

After several months of record spending, buyers are taking a step back. Data released on Friday showed retail sales – an indicator of overall spending – fell 1.9% in December, the biggest one-month drop since February and a major deceleration from the 0.2% gain observed a month earlier. Economists were only expecting a slight drop of 0.1%.

Recent readings of Americans’ attitudes toward the economy also point to a drop in demand. The University of Michigan consumer confidence index reversed its upward trend and slipped to 68.8 in a preliminary January report, marking the second lowest level in a decade. Three-quarters of adults surveyed ranked soaring prices as a bigger economic problem than unemployment. And while this month’s full report is yet to be released, recent months have seen Americans become more pessimistic about purchases of durable goods like furniture and appliances, cars and homes.

The slowdown in demand already seems to be pulling inflation down to more acceptable levels. Prices paid to U.S. producers – a closely watched inflation forecaster – rose just 0.2% in December, missing economists’ average estimate of a 0.4% rebound and slowing sharply from from November’s 1.0% jump.

American inflation fears are also easing. The expected inflation rate of adults surveyed for the year ahead remained flat in December, according to the New York Fed’s Consumer Expectations Survey, reflecting the first time since October 2020 that the measure has not not increased. Since inflation can be influenced by people’s expectations, the break in the streak of years of increases offers another encouraging sign of the peak of the inflation push.

The Fed will also do its part to curb US demand. The central bank announced in December that it would scale back its emergency asset purchases twice as fast as it had previously planned, putting the program in place to end in March. Economic projections released alongside the announcement show officials expect three interest rate hikes in 2022 and three more in 2023. By raising borrowing costs, the central bank will gradually wean the country off conditions. easy money for the past two years.

Weaker demand is only part of the inflation puzzle. Matching supply to demand is essential to avoid more extraordinary price increases, and various signs point to improvement on this front as well.

In October, Jefferies economists were among the first to say the global supply chain crisis had peaked, and data since has backed up their call. The Institute for Supply Management’s Chicago Business Barometer – a popular gauge of national business activity – saw inventories climb for a third consecutive month in December while order books fell to a new low in 2021. Major ports have also seen their bottlenecks ease in recent months, helping to ease pressure down the supply chain.

Bottlenecks that were preventing companies from bolstering supply “are now easing in all the right places,” JPMorgan economists Joseph Lupton and Bruce Kasman said in a note. The bank does not expect the Omicron variant to fuel the same level of supply chain pain as previous waves, and instead sees manufacturers continuing to ramp up production through 2022.

“The strong global industry rebound in the last quarter confirms our primary near-term call that these supply constraints are now easing,” the team said.

The Fed’s outlook is just as encouraging. Powell told a congressional hearing last week that he expects “some help” from the supply side to fight inflation, adding that shipping bottlenecks are one of the main reasons why inflation climbed so high in the first place. After saying for months that inflation would prove to be transitory, the Fed Chairman offered a simpler explanation for the price spike.

“What we have now is a mismatch between demand and supply.”

5G technology: Airlines suspend some US flights due to rollout issue