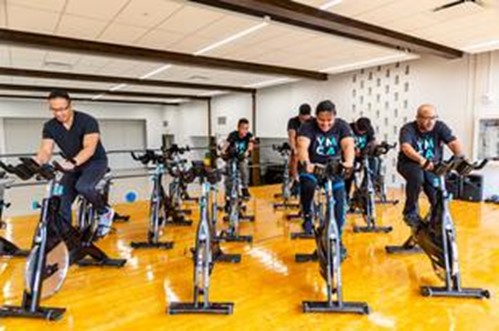 The YMCA is working on a reinvestment strategy that could include renovations, new central Ohio facilities

COLUMBUS (COLUMBUS BUSINESS FIRST) – YMCA of Central Ohio CEO Tony Collins has said the nonprofit is finally starting to think about the future again after 18 months of dealing with the Covid-19 emergency.

The YMCA is currently developing a reinvestment strategy that will likely include renovations to several older community centers in central Ohio, including the YMCAs of Grove City, Hilliard, Liberty, Gahanna and Eldon & Elsie Ward Family.

Collins said the organization is also resuming conversations it had before the pandemic about building new YMCAs in central Ohio. This could include new facilities at Lewis Center and Pickerington.

“We’re starting to look upwards and look forward to how we can adjust to our new world now,” Collins said. “What does our community need now? We went through a fairly difficult period, we adapted, we responded with urgency. And now we are able to lift our heads and we can see a vision. “

Collins said his team is still working to put together the details of the exact cost of the plan. This will require raising funds from individual donors, business partners and government.

The YMCA is also establishing a Advancement Team led by Brandi Al-Issa, Advancement and Strategy Officer, to help lead the YMCA fundraising experts.

“We’re going to need partners and donors to come to the table,” Collins said. “We hope to establish innovative collaborations with other non-profit organizations and government partners. We’ve been telling the story and getting people excited and trying to find out more about the details of what this investment is going to look like.

It would also include expanding indoor and outdoor community programming spaces at the Eldon & Elsie Ward YMCA. The limited existing space means registrations for summer camps and teen programs are limited at this facility relative to demand, Collins said.

“Honestly, Ward could have a day camp with 100 kids,” Collins said. “But when you look in this building, there is no room for 100 children.”

The organization is also in discussions with community partners about new locations in central Ohio at Lewis Center and Pickerington.

Collins said the organization was also in talks about how best to have a presence in downtown Columbus after eventually selling the downtown YMCA building.

“All of these are back on the table for this reinvestment strategy that we are launching,” said Collins. “We’re opening all of these files again.”

Meanwhile, Collins is focused on getting members back to the YMCA.

Membership fees are a critical source of funding for the nonprofit to continue to provide supportive housing for the homeless, child care services for low income families, camps summer and other community resources.

The Daily Bar will open next month in the Italian village

“The dues that are paid help subsidize our other work,” Collins said. “We are able to do housing and accommodation work thanks to our Y members. We are able to support high quality child care services. We need to reinvest in these centers, get people from our communities to come back so that we continue to stay in this work. “

Collins said the YMCA was “not yet out of the economic challenge.” The organization lost $ 16.5 million in forecasted revenue in 2020 and had to lay off 85% of its staff earlier during the pandemic. It is now relaunching its operations.

“We need people to come back to the Y so that we can continue to serve,” he said.