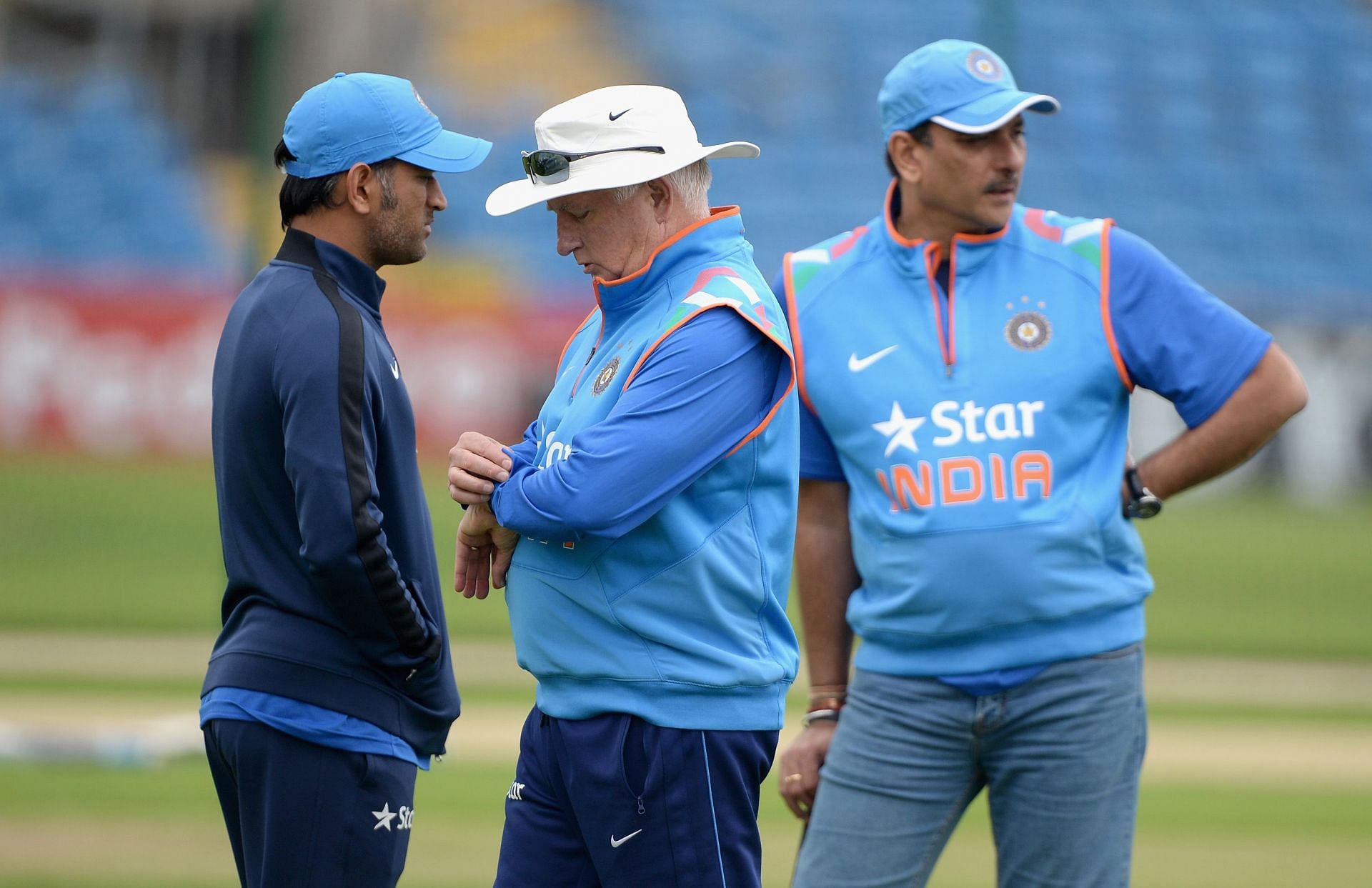 “Until today, I don’t have his phone number”

Former India head coach Ravi Shastri has shed light on players’ personalities in the dressing room over the years. The 59-year-old quit as head coach after the climax of the T20 World Cup after taking charge during a tricky phase in Indian cricket.

Talking mainly about the players he coached during his stint, Shastri described Virat Kohli’s aggressive attitude on the pitch and the stark contrast that emanates from it. He compared Rohit Sharma’s behavior to that of MS Dhoni but admitted the former India captain was on a whole different level when it came to composure.

Speaking with Shoaib Akhtar on his YouTube channel, Shastri said:

“Virat is like a beast on the pitch, once he steps onto the pitch he just wants to compete and he doesn’t care about anything else. But, completely off the pitch, absolutely calm and laid back. Rohit is pretty much laid back like MS Dhoni. MS is just unreal, one of a kind, whether it’s a duck, century, lifting the World Cup, he doesn’t care.”

“I saw a lot of players but there are none like MS Dhoni. Sachin had a fantastic temper but got angry sometimes, but MS, nothing at all. Till today I don’t have his phone number, I didn’t even ask I know he doesn’t have a phone with him.

Shastri also shared his thoughts on Virat Kohli’s decision to step down as Test captain. While he admitted to being surprised by the call, Shastri respected the player’s judgment. Shastri reasoned:

“When a person does well over a period of time, even though there are people who love them, there are also people who hate them. People get jealous, it’s a human trait, I think that’s a terrible trait. The pressure started to mount and people started looking for opportunities.”

“With Virat, he realized it was getting too much for him, in this time of COVID, all three formats, unable to take a break as well. So I think he did the right thing by quitting the white-ball cricketer captain. When he stepped down as test captain, I was a little surprised. In the end, I always respect a cricketer’s judgment.

Virat Kohli has announced his decision to step down as India’s Test captain after the third Test loss to South Africa. Rohit Sharma is now the favorite to take charge of the test captaincy.

A break will do Kohli a lot of good: Ravi Shastri

It was rumored that Kohli was taking a break during the ODI series against South Africa, but he was fully involved in the tour after refuting those claims. Shastri noted Kohli may be able to benefit from a break to help with the transition and prepare him for the next stage of his career as a pure hitter. He said:

“I think he’s realized he’s 33 he must have a good five years of cricket ahead of him. Probably taking a break from the game too, 2-3 months or even a streak will do him a world He’ll be mentally clear, know what his role is in the team and be able to play as a team player, and that’s how I want to see Kohli from now on.

Ravi Shastri tells me that Virat Kohli could have continued for at least two more years as Test captain, but India would have won many home Tests and many people could not have digested his success. #ViratKohli

Ravi Shastri tells me that Virat Kohli could have continued for at least two more years as Test captain, but India would have won many home Tests and many people could not have digested his success. #ViratKohli

Rohit Sharma, recovered from his hamstring injury, will lead the team in the limited series against West Indies. The selection committee will meet later this week to select the team for the ODI and T20I series.