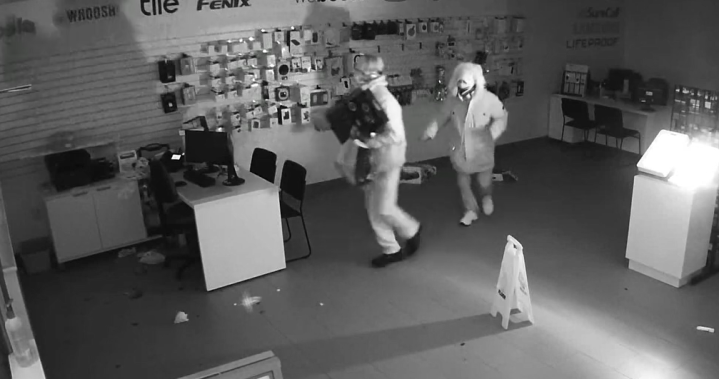 Video: Thieves steal $ 17,000 worth of phones and accessories in Trail, BC

RCMP in Trail, British Columbia, are hoping someone will recognize two people who were filmed stealing an estimated $ 17,000 worth of product from a local mobile phone store.

The heist happened just before 7 a.m. on December 9 at a store in the 1200 block of Bay Avenue.

In a video released by the RCMP on Sunday, the suspects can be seen smashing a window and climbing up the business, before opening a locked cabinet and using the contents.

The suspects then made their way to a prop wall, where they loaded other products before climbing back up through the window.

Police say the thieves stole 13 iPhones along with other property.

Anyone who witnessed the break-in, recognizes suspects, or has other information is asked to contact Trail RCMP at 250-364-2566.