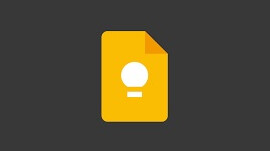 By Cynthia C. Garcia Last updated Jan 18, 2022
Share
Google Keep is one of the best note-taking apps for Android and has garnered over a billion installs since its launch in 2013. But a bug is interfering with the ease of use that Google Keep is known for, by especially when using bulleted and numbered lists. The first complaints about the app started surfacing in November on the community support page.
According to a community member Tim O 8971, “I have an auto numbered list on my Android mobile (Samsung S21+) and when I try to add items or navigate through the list, it adds more numbers to the above items. I did this with much longer lists, with no issues, but now it happens on any new list I create. See screenshot. Any ideas? On my PC, the synced note works fine. I can see multiple numbers , but it works normally on PC. Thanks.”

So, in other words, numbers in lists are repeated, and with a bulleted list, the cursor jumps when typing. As if these weird activities weren’t weird enough, this bug has only been seen on the Android version of the app and only on Samsung handsets running Android 12. Some phones where the Google Keep bug has been spotted include the Galaxy S21, Galaxy S20, and Galaxy Note 20 (again, all running Android 12).

Google has admitted the problem exists and says the Keep team is investigating the issue. But this is the only update Google has for us at this point and in fact there is no workaround for this issue at this time.