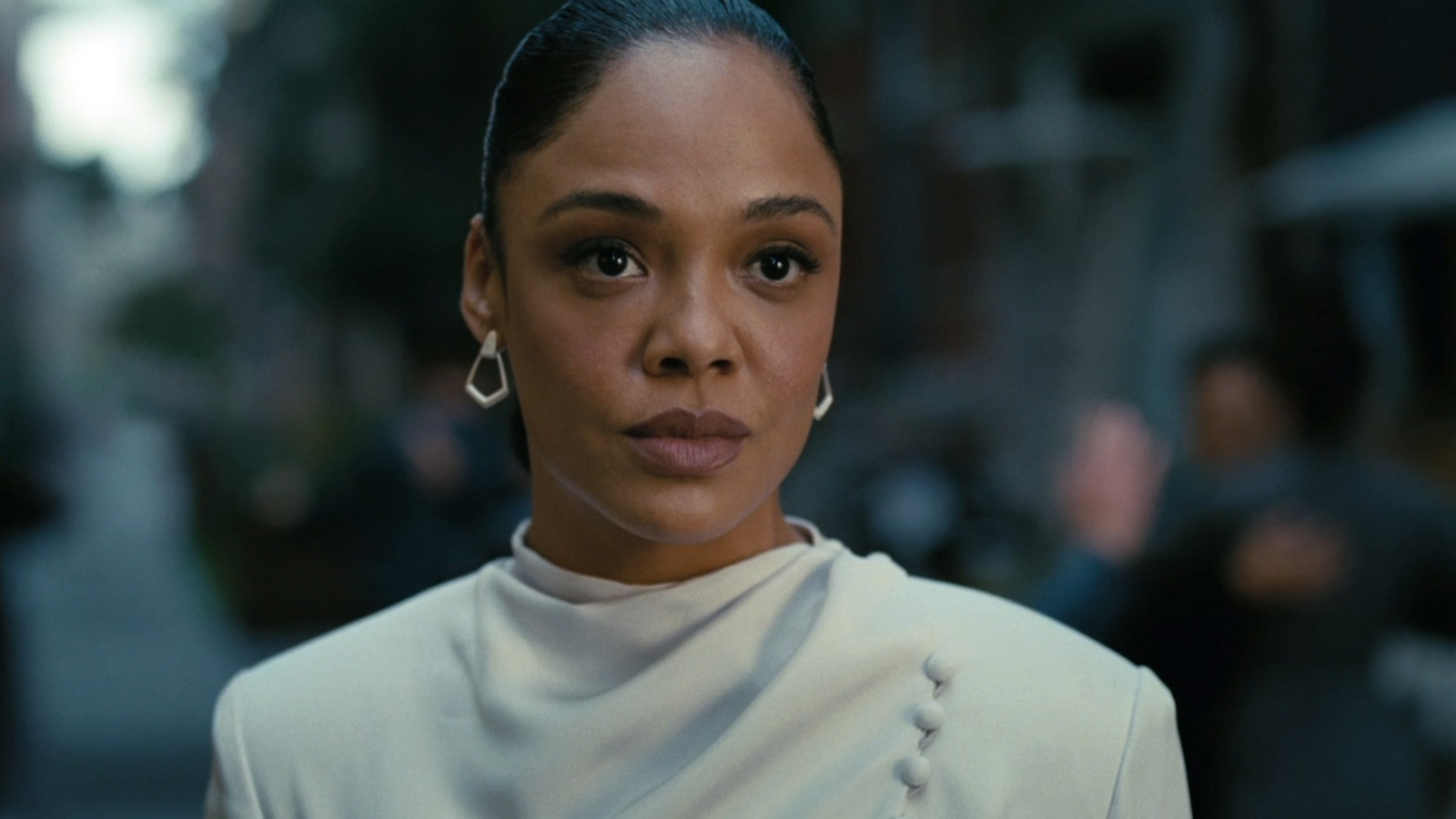 On the streets of the city, Hale tries to entertain himself. A man with broken and bloody fingernails plays the piano and she forces all the humans in the streets to dance to her tune, waltzing around her through the streets like some kind of demented musical. She asks for more pep, and the man begins to play an accelerated piano version of Lou Reed’s “Perfect Day,” the song used in the Season 4 trailer. As the dancers begin to move faster, William walks up and jokes that he didn’t think he’d see Hale there. She begins to think about sound, talking about how humans don’t even think about sounds they can’t hear, such as the ones she uses to control the parasite. She shouts “chair!” and three humans form a throne for her to sit on, which is honestly one of the scariest little moments the show has ever shown. Everyone is completely under Hale’s control, she really is a god, but there’s just one problem, she explains: “God is bored”.

She asks William if this is why the Old Gods descended from Mount Olympus and disguised themselves to interact with mortals. “Humans always thought it was about them; divine entities intervening on their behalf. Maybe it had nothing to do with them. better to do.”

Hale goes on to explain that she hates coming to “this place”, and it is revealed that the human world as it is was only meant to be temporary, a place where the hosts release themselves from their need for human interaction. before moving on to The Sublime. That’s probably what the transcendence assigned to Hope was; it’s time to go to the Sublime. Hale and William walk towards the tower and see Hope, dead from a gunshot wound to the head in front of the tower, holding a flower in one hand. Hale calls what happened to Hope an infection, saying that human “outliers” infect humans and infection causes suicide. Hale is disappointed, with both Hope and William, and William jokes that if she didn’t want to be disappointed, she shouldn’t have given them free will. She wants the rest of the hosts to join her in The Sublime, to completely shed their attachment to the fleshly world, but too many of them hesitate. When William asks why she doesn’t just force them to join her, she explains, “because that’s what they would have done.”

Hale shows William what happened to Hope through a flashback, and we see her go hunting for the homeless man who spoke with Christina de la Tour. She was supposed to kill him right away but she hesitated and listened to his words, listened as he begged her to tell him whether or not the flower in his hand was real. He just needed one thing to be real. This existential crisis seemed like too much for Hope, who saw it as a game she could win and realized she was as much a pawn as a player, despite being a host and not a human. Three days later, she took her own life and Hale reveals that there were 38 hosts in total who suffered the same fate.

Furious with William, Hale shames him for not being as effective as the human version he was based on. She tells him there’s another outlier, but not to “open the game” and instead kill them himself. The game, it seems, is some sort of bounty-hunting system similar to the one used by Caleb in season 3, just designed for the hosts to hunt down humans who have managed to wake up from their loops. Hale became the very thing she hated as Dolores, though she clearly couldn’t see the irony.

She tells William that the Rebels are already in the city, and we cut to Stubbs (Luke Hemsworth) and his team of human Rebels as they enter the city to rescue the Outlier. Stubbs is their “canary in the coal mine”, since he’s far less murderous all the time than any of the humans he’s with. He drives them around town, but not without a bit of nerve.